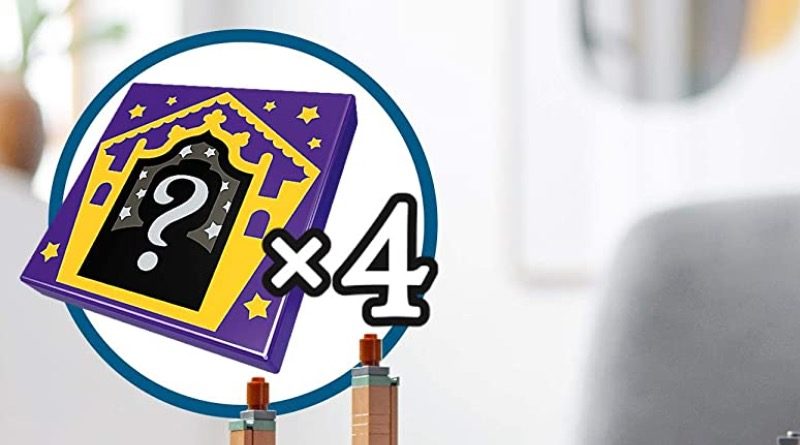 This summer’s LEGO Harry Potter sets will take a leaf out of VIDIYO’s playbook by including collectible printed 2×2 tiles.

Amazon Spain’s first images of the 20th anniversary range have confirmed rumours published late last month, which suggested that each of the new sets will include randomly-distributed collectible wizard cards. From the artwork revealed earlier this morning, we now know that these ‘cards’ will actually arrive in the form of what looks to be printed 2×2 tiles.

As expected, they’ll bear a heavy resemblance to the in-universe wizard cards packed into Chocolate Frogs, but that’s basically all we know at the moment. The promo images for the sets – including 76389 Hogwarts Chamber of Secrets and 76388 Hogsmeade Village Visit – simply show question marks in place of character art, emphasising that you’ll receive a random selection in every set.

We also don’t know how many different tiles will be produced, but with six included in 76389 Hogwarts Chamber of Secrets and four in 76388 Hogsmeade Village Visit, it’s safe to say that there’ll likely be a pretty big variety. And just as it has with VIDIYO, their random distribution could therefore prove problematic for collectors hoping to catch ‘em all.

We’ll bring you more on these collectible wizard cards as soon as we can. For now, you can check out the first batch of LEGO Harry Potter 20th anniversary sets by clicking here.