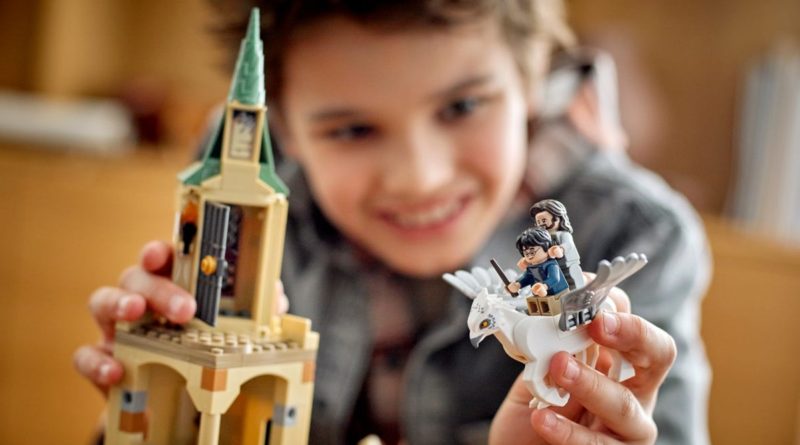 The new wave of LEGO Harry Potter for 2022 includes a few familiar models, offering a comparison to some of the earliest sets in the theme.

From a detailed dragon to a near-direct recreation of one of the first LEGO Harry Potter sets, the design team for the summer 2022 Wizarding World builds have seemingly paid a lot of attention to the theme’s past.

While the 2022 model doesn’t include Honeydukes, 76407 The Shrieking Shack & Whomping Willow adds the titular tree and the shack itself is also comparable to the older 4756 Shrieking Shack, with one window even jutting out beyond the frame of the building. A werewolf Remus Lupin was also included in the 2004 set, though he’s been upgraded to two separate minifigures in 2022.

The Dementor may have been swapped out for Hermione, but otherwise 76401 Hogwarts Courtyard: Sirius’s Rescue is similar to 4753 Sirius Black’s Escape from 2004. With the inclusion of Buckbeak and an expanded courtyard area, the piece count has nearly doubled from 181 to 345 in the 2022 version.

As arguably the most direct comparison in the summer 2022 LEGO Harry Potter range, 76402 Hogwarts: Dumbledore’s Office consists of a single tower that gets smaller with each floor, with a wider base that forms into the green roof with more towers branching off. It seems likely that this was at least in some part inspired by the design of 4729 Dumbledore’s Office from 2002, which is 20 years old this year.