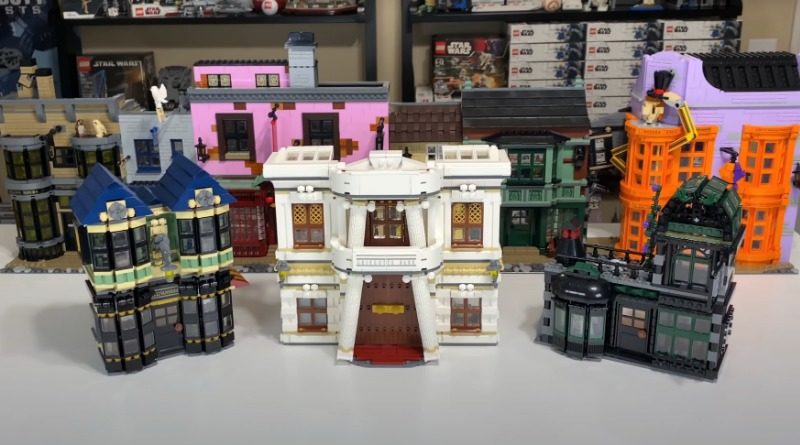 LEGO Harry Potter 75978 Diagon Alley is an incredible set – but how does it stack up next to 2011’s brick-built shopping street?

There’s no denying the ambition of the new Diagon Alley. Across 5,544 pieces, designer Marcos Bessa has transformed the iconic wizarding location into something truly magical. But it’s not the first time the LEGO Group has tackled the street.

You see, back in 2011, the original Harry Potter theme bowed out with 10217 Diagon Alley. Coming in at 2,025 pieces for £132.99, it was the biggest Harry Potter set to date, and the theme’s first direct-to-consumer exclusive. With such a drastic difference in price and piece count, there’s plenty to separate both versions on paper.

And that’s all well and good. But to really get a feel for how the two sets compare, you need to see them side by side. Thankfully, a new video from Ryan over at MandRproductions allows you to do just that.

While 10217 Diagon Alley has soared in price on the aftermarket, you might be hoping it’s a quick way to bolster your copy of 75978 Diagon Alley. Unfortunately, the two sets don’t really gel when placed next to one another.

“I could see you wanting to get both sets, and I like having both sets,” Ryan explains. “But it’s not like when you put them next to each other it just makes sense and everything works together. Maybe you can get Gringotts in there, but I don’t really see a place for a second Ollivanders or Borgin and Burkes. They just don’t really fit into the cityscape they’ve created with this Diagon Alley.”