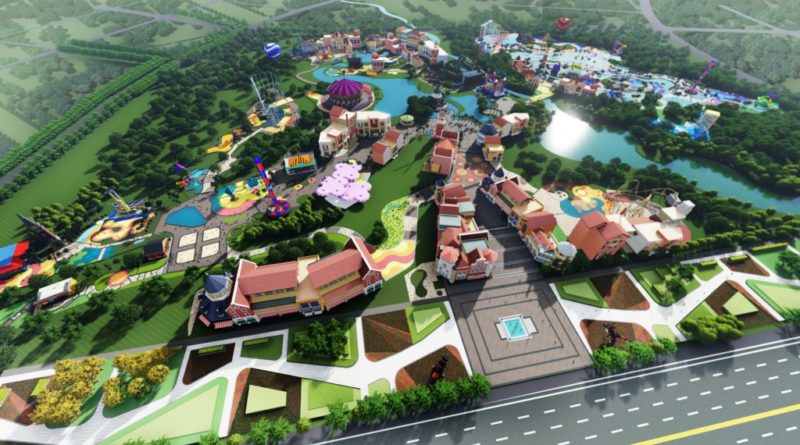 The company first announced the new resort in September 2019, but news of the park’s progress has been relatively quiet since then. Bloomberg has now confirmed that construction has been underway since June 2020, and the attraction is still on course to open in 2023 as planned.

That tallies with the LEGO Group CEO Niels B. Christiansen’s comments earlier in 2020 that the coronavirus pandemic would not affect its plans in the country. While he may have been speaking more generally about the company’s investment and brand strategy, it seems that Merlin Entertainments is following suit with LEGOLAND Sichuan.

Of course, the LEGO Group’s owning family now also owns Merlin Entertainments, so it makes sense that the two organisations would be in step. Merlin is working with Global Zhongjun, a company combining Zhongjun Beijing and The Chengdu Global Century – Exhibition & Travel Group, to establish China’s first LEGOLAND park.

Global Zhongjun will finance the construction of LEGOLAND Sichuan, along with the supporting infrastructure and commercial developments that will sit alongside it. Merlin will partner in the resort development and run the theme park under a management contract.

The finished resort will boast two LEGOLAND hotels, along with two rides exclusive to that park. Visitors can also expect to see local landmarks like the Great Wall of China represented in bricks, sitting side-by-side with global icons like the Statue of Liberty and Eiffel Tower.

The 59-acre site will be located in the Tianfu New Area in the city of Meishan. That’s approximately 60km south of Chengdu city centre, and puts it within a two-hour catchment of 30 million residents.

While it may be China’s first LEGOLAND park, it definitely won’t be the last. Construction of LEGOLAND Shanghai is due to begin in early 2021 for a 2024 opening, while Merlin is apparently in talks with other partners across China to open even more resorts in future.

“I think of the LEGOLAND parks as the clubhouse of the brand, where fans can have the ultimate LEGO experience,” John Jakobsen, who oversees LEGOLAND operations for Merlin, told Bloomberg.