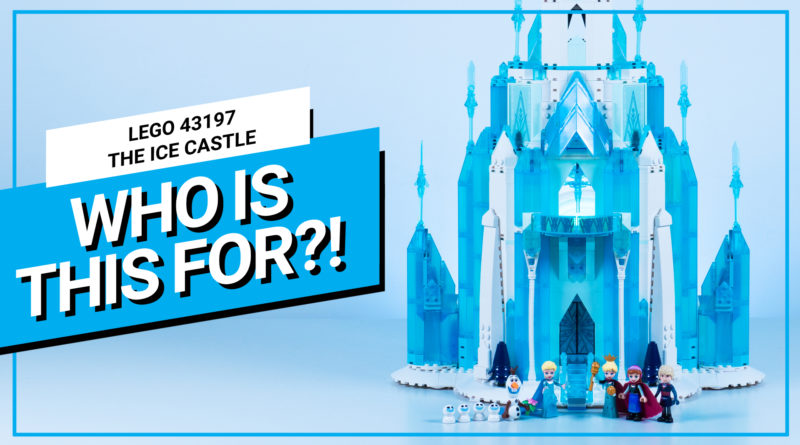 Our review of LEGO 43197 The Ice Castle is now live, shining a spotlight on this ambitious LEGO Frozen set.

The LEGO Group has been making Disney-themed products for some time now, with an emphasis on princesses and the princess-adjacent. While they’re clearly aimed at the younger LEGO fan, some recent releases have been a bit more sophisticated. The result is a collection of sets even older LEGO fans may be tempted by.

Given its massive success, the Frozen franchise has been well-represented in LEGO form. A few dozen LEGO sets inspired by Frozen media has appeared over the years, with many more (presumably) on the horizon. However, this Frozen set is the most ambitious to date.

43197 The Ice Castle draws inspiration from the first Frozen movie, recreating the castle from the Let It Go musical number. With just over 1,700 pieces used, it’s clearly a cut above the Frozen sets before it. A range of characters populates the castle, including versions of Elsa in her Arendelle and Snow Queen outfits.

Of course, you’ll have to watch our video to unlock all its secrets. If the set takes your fancy, you can buy it now from LEGO.com. UK and European buyers can even receive a discount on its RRP at the moment.