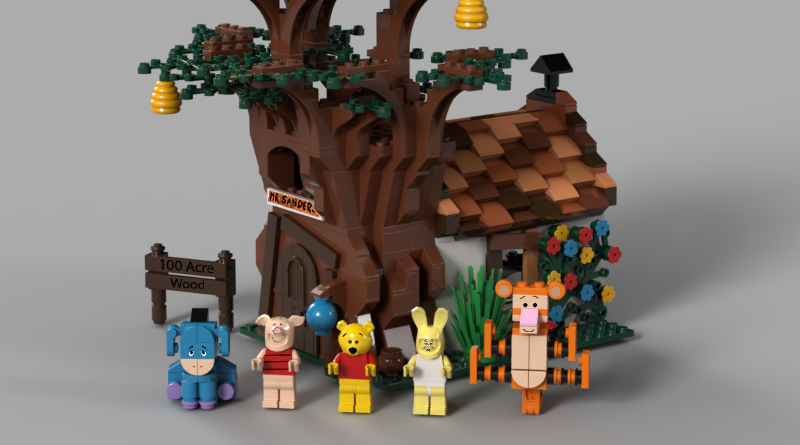 Today is National Winnie the Pooh Day, which seems like the perfect occasion for the LEGO Group to tease the upcoming Ideas set 21326 Winnie the Pooh.

We’re still waiting on a full reveal of the Medieval Blacksmith, which is due to launch imminently, but that doesn’t mean we can’t look ahead to what else might be coming from LEGO Ideas this year.

We also know that the LEGO Group loves to tie product announcements and launches to significant dates in the calendar – last week’s reveal of 71741 NINJAGO City Gardens came exactly 10 years after the TV show pilot premiered – so January 18, the birthday of Winnie the Pooh author A.A. Milne, would make perfect sense for at least a tease of the future set.

This is just wild speculation on our part, of course, and there’s no guarantee that the LEGO Group will indeed mark today’s occasion with anything related to 21326 Winnie the Pooh. But you never know what could happen on National Winnie the Pooh Day, so keep an eye on Brick Fanatics just in case.

LEGO Ideas is currently running a fan vote to bring back one of 30 classic LEGO themes for a 2022 set, and two contests: one to celebrate NINJAGO’s 10-year anniversary, and another anchored around sports. Both have huge prize packages on offer, and the latter may even result in an official set.