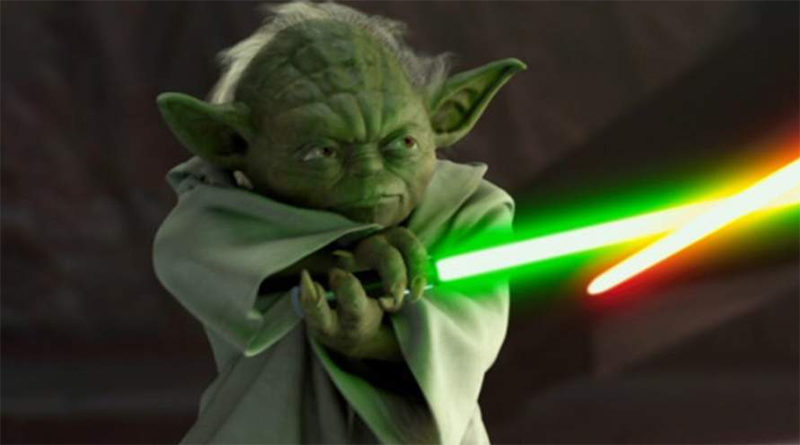 We’ve all dreamed of holding a lightsaber in our hands, but what would it look like if the LEGO Group chose to make that Star Wars dream a reality?

That’s exactly the question that one fan has been able to answer, as they’ve shown off the latest addition to their collection – just be sure not to tell General Grevious.

Hot_wheelz42 recently took to Reddit to showcase a life-size LEGO lightsaber. You might assume that it’s a replica of the detailed hilts found in the films made from bricks, but instead, it’s an oversized version of the LEGO piece.

Topping the recognisable recreation is a long and elegant purple blade, matching that of Mace Windu’s violet tool. The sheer coolness of this item has us wondering why the LEGO Group hasn’t pursued a similar path themselves.

A glance at the official online store reveals several plastic props portraying life-size pieces, including one for NINJAGO’s Scythe of Quakes. This proves making giant LEGO pieces is entirely possible and all that would be needed is a transparent add-on.

Who knows what’s in store for the future of LEGO Star Wars but a LEGO lightsaber made for those a little larger than minifigures wouldn’t go amiss. For now, we’ll have to make do with the faithful recreation from Reddit, although the LEGO Group has made a life-size lightsaber replica before.