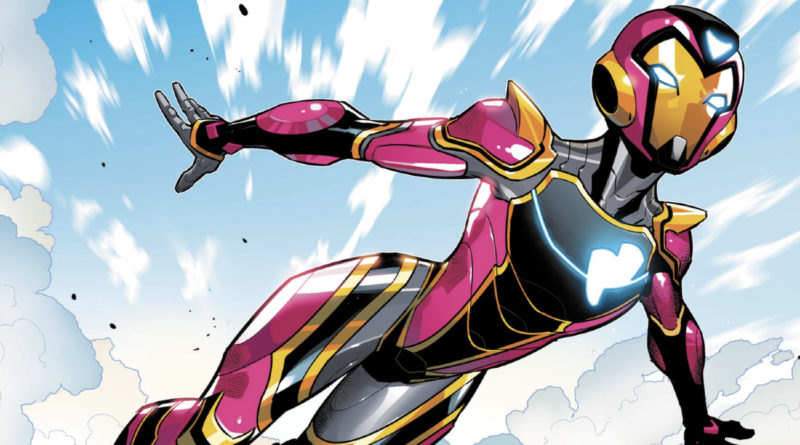 Kevin Feige has revealed that an upcoming Marvel superhero will debut sooner than expected, hinting that a minifigure might be coming sooner too.

In an interview with Comicbook.com, President of Marvel Studios Kevin Feige has confirmed that Riri Williams will be making her first appearance sooner than originally expected in the Ironheart streaming show.

Ironheart is one of many projects scheduled for release as part of the next phase in the MCU, with the series airing exclusively on Disney+. Though no release date is confirmed at this time, it turns out Riri is going to appear in the Black Panther Sequel due to launch in 2022. In the comics, the teenage inventor is responsible for following in Tony Stark’s Footsteps and developing her own suit of advanced armour.

“We’re shooting Black Panther: Wakanda Forever, right now, and the character of Riri Williams, you will meet in Black Panther 2 first,” said Kevin Feige “She started shooting, I think, this week before her Ironheart series.”

With the President of Marvel Studios unlikely to be incorrect this might mean that Ironheart’s potential minifigure will first appear in a set for Black Panther: Wakanda Forever, similar to how Monica Rambeau has appeared in 71031 Marvel Studios to represent WandaVision ahead of the upcoming The Marvels movie.

No future models have been confirmed for either of the Black Panther or Captain Marvel sequels but this could provide the perfect excuse for the LEGO Group to experiment with a Riri Williams minifigure before any dedicated sets for Ironheart release.