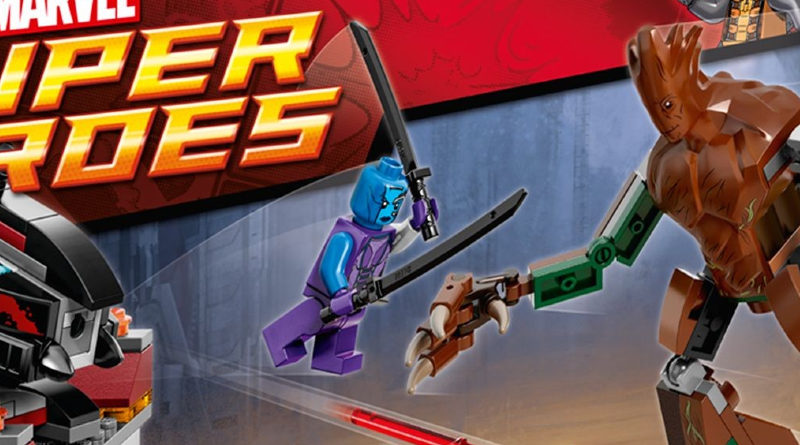 The LEGO Marvel theme has already been subjected to two sets based on the upcoming What if…? series, but other merchandise hints that it could be an opportunity for a new Nebula minifigure.

New action figures have been revealed for the superhero streaming series, which will explore alternate paths that the Marvel Cinematic Universe could have taken. Apparently, one of them will involve a wig-wearing Nebula.

The parallel version of Thanos’ Daughter, named Heist Nebula likely for her love of theft rather than her usual skillset and expertise, is integral enough to What if…? to have a Marvel Legends action figure, and could present the perfect opportunity for the LEGO Group to reintroduce the character in the recognisable outfit since her last appearance in 76131 Avengers Compound Battle depicted her in a time-travelling suit.

The new design doesn’t exactly reinvent the character in the same way that other What if…? versions have such as Star-Lord in the upcoming 71031 Marvel Studios Collectible Minifigures being T’Challa instead of Peter Quill. Instead, Heist Nebula is wearing a blonde wig, likely as a disguise (or maybe that’s her natural hair).

It goes without saying that a minifigure of such a character wouldn’t be the most challenging task for LEGO designers in the Marvel theme with the uniform’s design potentially reusing the torso and head from 76020 Knowhere Escape Mission, but with a single blonde hairpiece to complete the minifigure.

Nothing has been confirmed for any future LEGO What If…? sets but 71031 Marvel Studios will be continuing representation for the series with five minifigures and with Nebula missing from the recent 76193 The Guardians’ Ship (review), we’ll keep you updated if the LEGO Group decides to pursue this possible opportunity. What if…? begins streaming on August 11 on Disney+