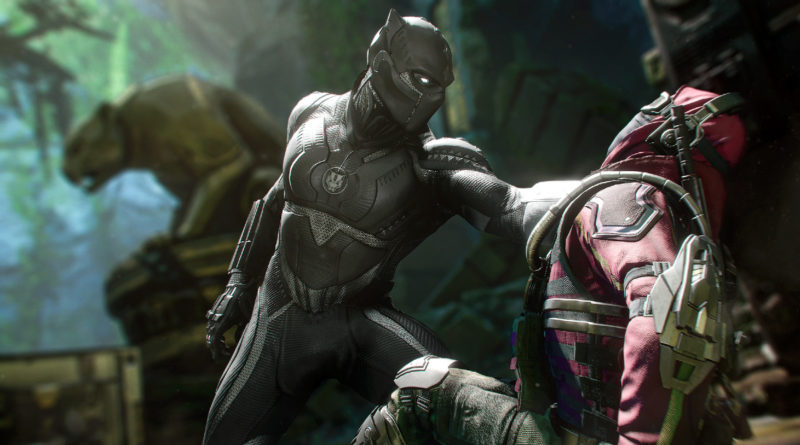 Marvel’s Avengers is set to receive a new expansion soon, but could the past LEGO superhero minifigures inspired by the game suggest that another possible minifigure is in store?

As part of the LEGO Marvel theme in 2020, the annual wave of sets included minifigures clearly inspired by the new character designs that would appear in the video game, including Iron Man in builds such as 76164 Iron Man Hulkbuster versus A.I.M. Agent (which we’ve reviewed here). Since launch, characters such as Hawkeye – who also appeared in the 2020 wave – have been added to the game and Black Panther will soon join them.

Marvel’s Avengers: War for Wakanda is just days away from release and as such, some media outlets have been given a hands-on preview including IGN. Their video has given players a much closer look at the new costume in action and offers us a tease of what a potential minifigure based on this character could look like.

The superhero suit features a more complex design than the comics, featuring what we assume to be Vibranium plates attached to the outside of the uniform. At the centre, the new Black Panther emblem made for the game sits proudly just in case any foes forget which hero they are fighting. A minifigure for this version of the character could embrace a similar design to the newer Black Widow iteration, with dual-moulded arms to show off the segmented armour plating.

Notably, Black Panther was included as a minifigure in the 2020 Marvel range in 76142 Avengers Speeder Bike Attack, but it could be that the final character costume was not finalised at that point in development, so the LEGO Group relied on the classic comics design with the cape instead.

We’ll have to wait and see if a new version of the Wakandan warrior is on the way in a future LEGO Marvel set but should it not be the case, fans of the theme have a lot to look forward to anyway in the upcoming 71031 Marvel Studios and 76196 The Avengers Advent Calendar.