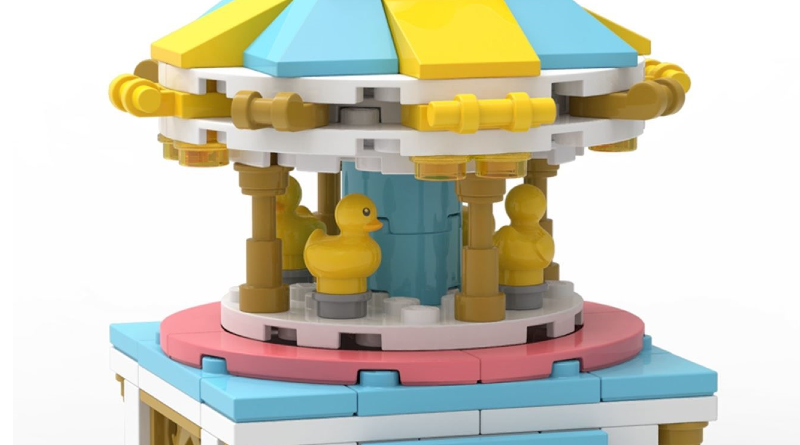 A new LEGO offer has gone live in Japan, but one small change could bring it to the rest of the world like this month’s VIP-exclusive deal.

The offer, which is only available in Japan, gifts the 5006745 Carousel as pictured below with any purchase from a VIP member over ¥6500 until August 15. However, as part of the monthly deals in the west, the official online LEGO store will be stocking a previously Asia-exclusive GWP, with one small change made to make it applicable to western markets.

For example, 6374338 Happy Children’s Day 2021 and the Swing Ship Ride GWP had the same build, but a different tile with the latter reading “Leg Godt 2021” instead allowed it to come to more regions since Children’s Day is a Japanese national holiday.

Looking at this new Carousel build made to commemorate Japanese builders being able to buy from LEGO.com for the first time, it features a small stand that likely houses a mechanism to spin the carousel on top.

A plaque on the base reads “Japan 2021”, making it likely ineligible for other markets in its current state. However, if the most recent example is to be followed, and the plaque changed or removed – it would be easy for the LEGO Group to make this a future gift-with-purchase.

Whilst nothing has been confirmed by the LEGO Group regarding this, it’s plausible enough to keep an eye on and we’ll let you know if or when this carousel will be spinning into stores and online. For now, there’s plenty of other offers happening this month.