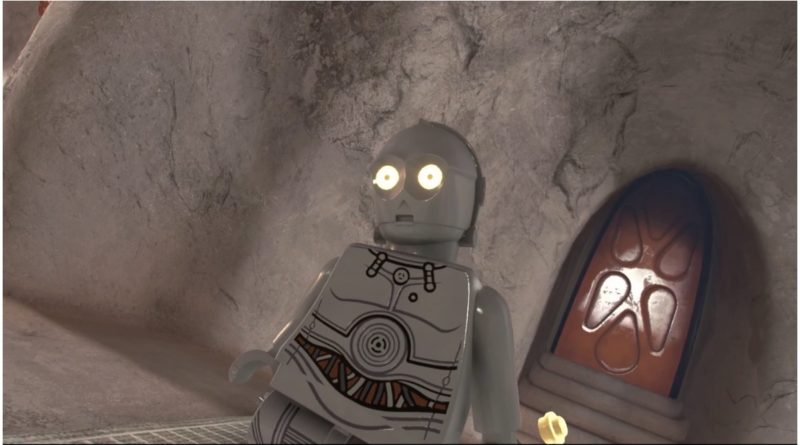 A side mission in the latest LEGO game appears to reference one of Star Wars’ most unsettling characters.

LEGO Star Wars: The Skywalker Saga is the newest LEGO title from TT Games, and allows you to explore several different worlds in the Star Wars galaxy. While visiting Mos Espa on Tatooine, you may spot a silver protocol droid carrying a kyber brick. Follow the droid and you’ll find yourself inside an abandoned building filled with cobwebs. The camera will zoom in on the droid before it runs off and disappears, allowing you to grab the kyber brick and beat a hasty retreat.

While he’s not explicitly identified, the droid appears to be Nobot – a strange creature that wanders around Tatooine. Although Nobot cannot speak, Wookiepedia tells us he occasionally plays the last moments of a young woman pleading for her life. Whether Nobot was responsible for her murder – or a mere witness to it – remains unclear.

What makes things creepier still is that efforts to capture or destroy Nobot inevitably fail. Weapons and vehicles used against Nobot misfire, and the droid always returns to Mos Espa in the end.

In short, it’s an impressively unsettling ghost story – and a surprisingly deep dive for a LEGO Star Wars game. Still, with its in-depth approach to the Star Wars franchise, it’s to be expected that TT Games has decided to throw this reference in.

LEGO Star Wars: The Skywalker Saga is now available on all major platforms. Don’t forget to check out our primer on the game for more juicy details like this one.