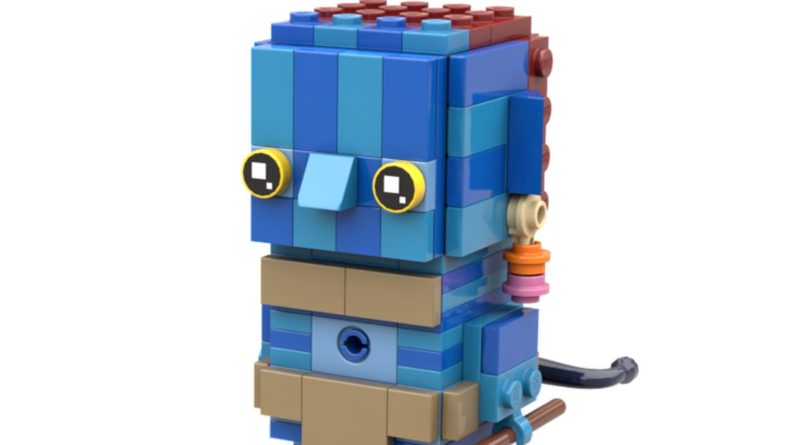 A custom LEGO Avatar BrickHeadz might offer us a sign of what to expect provided the rumoured model is on the way.

Rumours for a pair of LEGO Avatar BrickHeadz have surfaced, suggesting that the partnership between the franchise and the LEGO Group – which was recently confirmed in a tweet – could result in at least one set.

However, the report stated that while one BrickHeadz could be based on the human version of Jake Sully, the other may depict his Na’vi form. The Na’vi are much larger than humans, raising the question of what a BrickHeadz would even look like. Thankfully, a custom build from noggels on Rebrickable offers some food for thought.

The unnamed Na’vi, which is based only on the design of the species from the film and not a specific character makes one notable change to the design of BrickHeadz to depict the height difference. The body is taller than most official BrickHeadz by three plates, allowing for more detail and size when stood next to other BrickHeadz.

It’s a simple but effective method to depict the Na’vi in the BrickHeadz style, but it’s still unofficial and the rumours of Avatar BrickHeadz are unconfirmed and should be taken with caution.

Whatever is to come of Avatar and the LEGO Group’s partnership, we’ll know more in less than a week today, June 12, 2022, at LEGO CON.