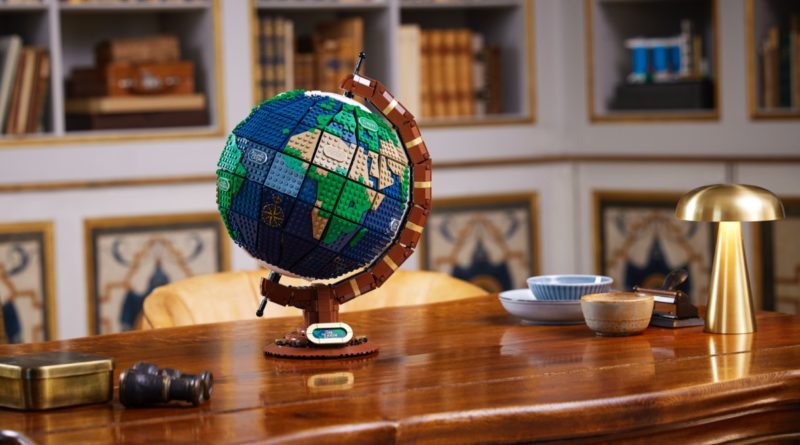 A guide uploaded to the official LEGO website has revealed various ways to customise 21332 The Globe before the LEGO Ideas set launches soon.

The official online store has added a new section for 21332 The Globe before the LEGO Ideas model’s release date arrives, suggesting a few ways to put your spin on the set. The LEGO Group has teamed up with a collection of builders from around the world to decorate 21332 The Globe, leading to some creative customisation.

One of the designs imagined a world of pirates and treasure hunting with a model that came from Digital Designer for Virtual Reality and AR in Australia, Kaitlyn Lee.

“I first create a mood board to get an idea of the aesthetics I’m trying to achieve,” explains Kaitlyn Lee. “I’m being inspired by what I’m finding for the board. I’m also naturally brainstorming ideas for the project. When I’m happy with the direction I’d like to follow, I create a sketch so I can work out some of the finer details.”

Comparing the initial sketch to the final creation reveals what was included and left out of the model, including the small pirate hat for the parrot and the addition of details at the bottom of the globe such as more tentacles.

Another version of 21332 The Globe was made by Chema Pérez, a Spanish YouTuber known online as hachiroku24. The dynamic build includes a balloon and explorer plotting their next globetrotting journey.