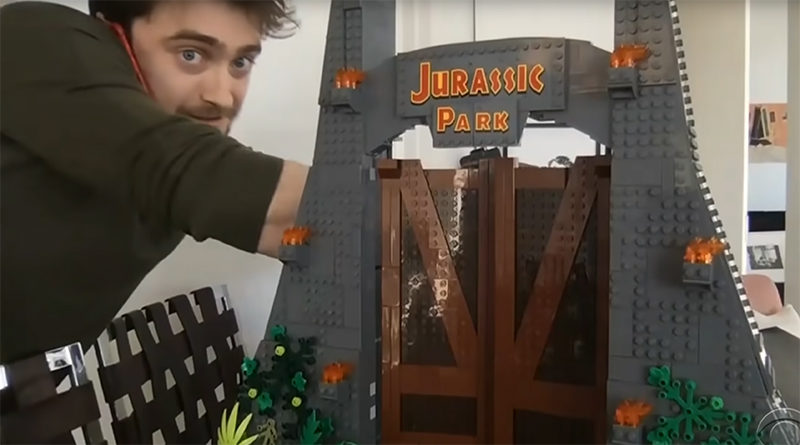 LEGO 75936 Jurassic Park: T. rex Rampage has had some wizarding hands putting it together, as Daniel Radcliffe revealed he built the set while spending time in lockdown.

Given that the same design team works on LEGO Harry Potter and LEGO Jurassic World, they might be surprised to find out which of their sets Harry Potter star Daniel Radcliffe has built during the coronavirus lockdown.

Appearing on The Late Show with Stephen Colbert, he revealed that he had built LEGO 75936 Jurassic Park: T. rex Rampage (review) while staying inside with his girlfriend. “I think we did it over the course of three days, we could have done it faster… but we’ve got the time,” he told Colbert.

Radcliffe did admit that he was not responsible for much of the actual building part. “I find the trying to follow instructions and wonder if I’m getting it right part quite stressful. But I don’t really do that, I just sort of organise the pieces into shapes and colours, then I pass them to Erin and she puts it together. So when I say, ‘I built a LEGO’, I helped.”