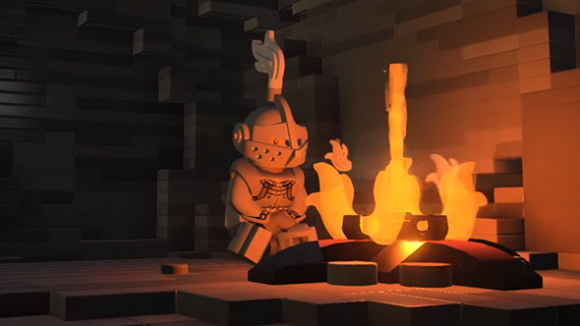 An impressive Dark Souls video, that recreates the Firelink Shrine in LEGO bricks, is heading to viral status on YouTube.

Video game and brick devotees around the world are checking out LEGO Dark Souls Re-bricked from MythicMarty. The video shows an impressive world that the creator has put together using LEGO Worlds, which has then had some added production value to create something atmospheric and representative of the beloved video game.

Dark Souls is a 2011 video game that is all about the player exploring in order to solve puzzles and complete tasks. Since its release is has retained its popularity among a very keen fan bade.

To give the extra finish that a video of this quality requires, MythicMarty used After Effects, incorporating audio from the original game.

LEGO Worlds is available to buy on a variety of platforms.