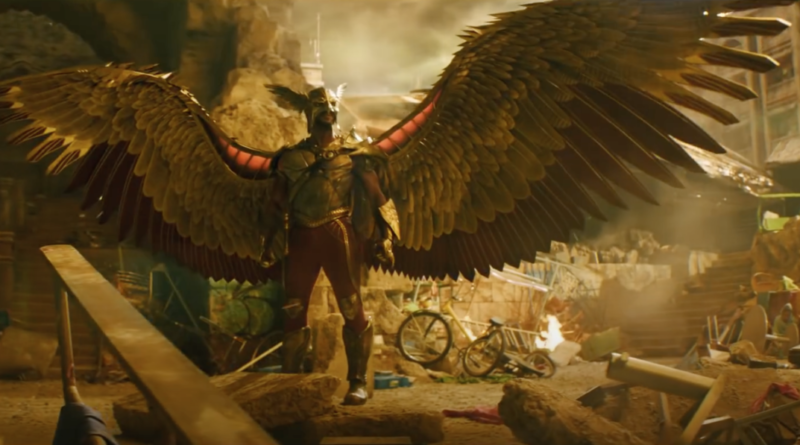 A new trailer for a whole slate of upcoming DC movies has been released and could hint at some potential rumoured LEGO sets.

There are a number of exciting DC superhero movies due to drop in 2022 and a trailer has just been released that showcases new footage from all of them. Included in The World Needs Heroes trailer below are glimpses of The Batman, Black Adam, The Flash and Aquaman and the Lost Kingdom.

Whilst The Batman sequences are mostly what we’ve already seen in previous trailers, it’s the new scenes from the other movies that are most intriguing, as they may hint at what some of the LEGO Group’s rumoured upcoming DC sets might be.

The footage from Black Adam features Dwayne ‘The Rock’ Johnson’s brooding antihero facing off against helicopters in a desert setting that could possibly be the character’s homeland of Kahndaq. We also get to see some of the movie’s Justice Society of America characters in the shape of Hawkman (Aldis Hodge), Doctor Fate (Pierce Brosnan), Atom Smasher (Noah Centineo) and Cyclone (Quintessa Swindell).

The Flash shows off the scarlet speedster’s new retractable cowl lenses and we get to hear Michael Keaton’s Batman speaking, whilst Aquaman and the Lost Kingdom features Arthur Curry’s new blue suit as the King of the Seven Seas stands amongst ancient ruins.

A LEGO DC Tower of Fate set was rumoured to be releasing in 2022, but Instagram user tandnbricks suggested that the model was actually the upcoming 76209 Thor’s Hammer instead. The LEGO Group has yet to confirm if any additional LEGO DC sets will be released this year beyond those already available for The Batman, although at least seven have already been listed by online retailer electricBricks, complete with potential piece counts and release dates.

As always, treat these LEGO DC set rumours with a pinch of salt though until we have any more details.