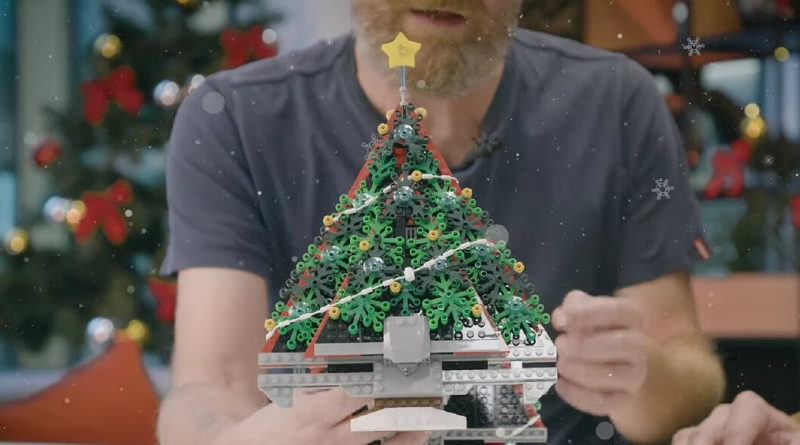 For 75273 Poe Dameron’s X-wing Fighter they task the legendary pilot with delivering gifts across the galaxy, and even give the side builds a festive makeover. Unfortunately the X-wing doesn’t have much cargo space – hopefully Poe Dameron can fly just fine with presents stacked in the cockpit. A candy cane ladder helps Jannah load the presents from a sack filled with gifts for the boys and girls of the galaxy.

The decorations for 75272 Sith TIE Fighter are even more impressive, making use of the unique wing shapes to transform it into a Sith TREE Fighter. The designers turn each triangular wing of the fighter into a fully-decorated Christmas tree, with an overlay of green leaf pieces. Add to that some white tinsel and a shining star at the top of each and suddenly this intimidating fighter is much more festive.

Finishing the video Chris McVeigh joins in and shows some alternate builds for both models, featuring everything from a space-age candelabra to a stocking-stuffed fireplace.

The LEGO Star Wars Holiday Special recently debuted on Disney+ to celebrate Christmas, while the LEGO Group launched a seasonal display at the Empire State Building. This video is the latest in a series that helps celebrate the holidays the LEGO Star Wars way. 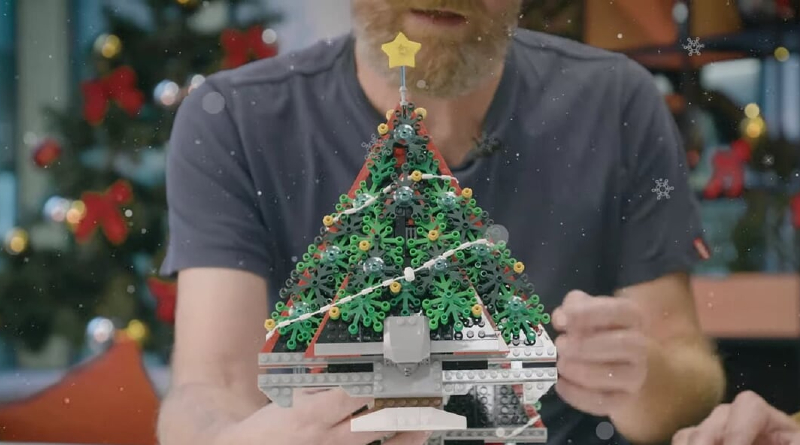