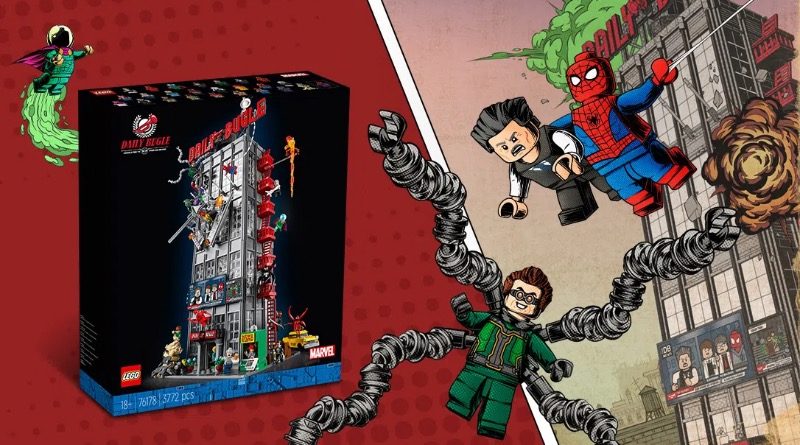 LEGO Ideas’ latest contest has some super prizes up for grabs, including 76178 Daily Bugle – and all you need to do is design a Spider-Man comic book cover.

Your medium of choice can be either LEGO bricks or pencil and paper (or any other artistic tools), with two distinct categories for all entries. That means there’s also two prize pools available, with the grand prize winner in each category taking home 76178 Daily Bugle, 76187 Venom, 76199 Carnage and a Spider-Man Premium Format Figure by Sideshow.

One runner-up in each category will also win a copy of the newly-revealed 76178 Daily Bugle, which is the biggest and most minifigure-heavy Marvel set to date. To enter, simply grab your bricks (or pencils, paintbrushes, et al) and assemble (or draw) an original comic book cover featuring Spider-Man, Peter Parker or Miles Morales.

In line with the minifigure line-up in 76178 Daily Bugle, the Ideas team says it would also love to see any of the following characters represented in your build or artwork: Miles Morales, Ghost Spider, Spider-Ham, Peter Parker, Green Goblin, Doc Ock, Venom, Mysterio and/or Sandman. You can’t use the Marvel logo, however, or indeed any other logos.

You’ve got until June 22 at 11am UK time to submit your entry. A judging panel of LEGO Marvel designers will then choose the four winners by July 6, with the victors announced no later than July 13. Head over to the contest page for a full breakdown of all the rules and to see the entries so far (once they start popping up).