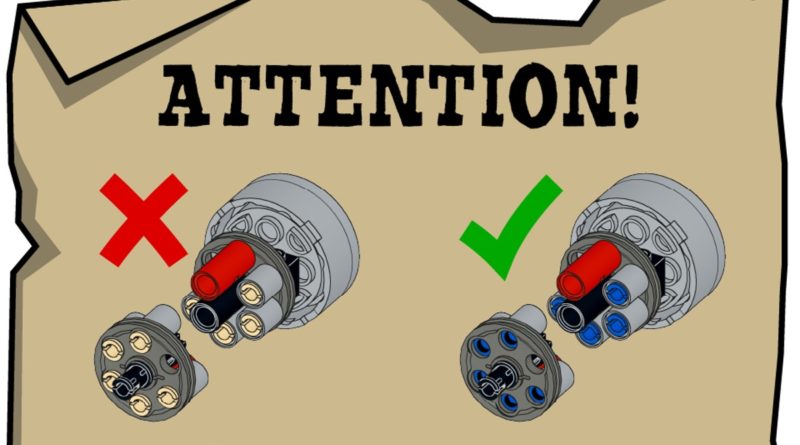 A fan designer for one of the new LEGO BrickLink Designer Program sets has admitted that the model has a design flaw, with details on how to fix it.

Il_Buono’s 910016 Sheriff’s Safe has been revealed to have a mistake in the building instructions that has caused the wrong pieces to be included in the set, which is now in the hands of supporters worldwide.

The fan designer notified those who had purchased the model of the error in the comments of the set’s page on the BrickLink Designer Program website. The problem stems from the fact that 10 tan technic pins have been included with a half pin above, instead of the 10 blue pins that should have been included to allow the safe to open.

The fan designer notes that they have contacted BrickLink and requested these pieces to be replaced, but otherwise has provided a guide in a vintage poster form to showcase how to fix the mistake.

BrickLink has not yet announced if they will be providing the 10 blue Technic pins to those who have purchased the set. However, the correct Technic element is common in LEGO sets and anyone with more than a few models in their collection may have a few spare in the meantime.

This isn’t the first mistake to be featured in a released LEGO set in recent times, though the design flaw in Star Wars 75313 AT-AT was not from a fan designer and a fix has been explained with an instructional video. 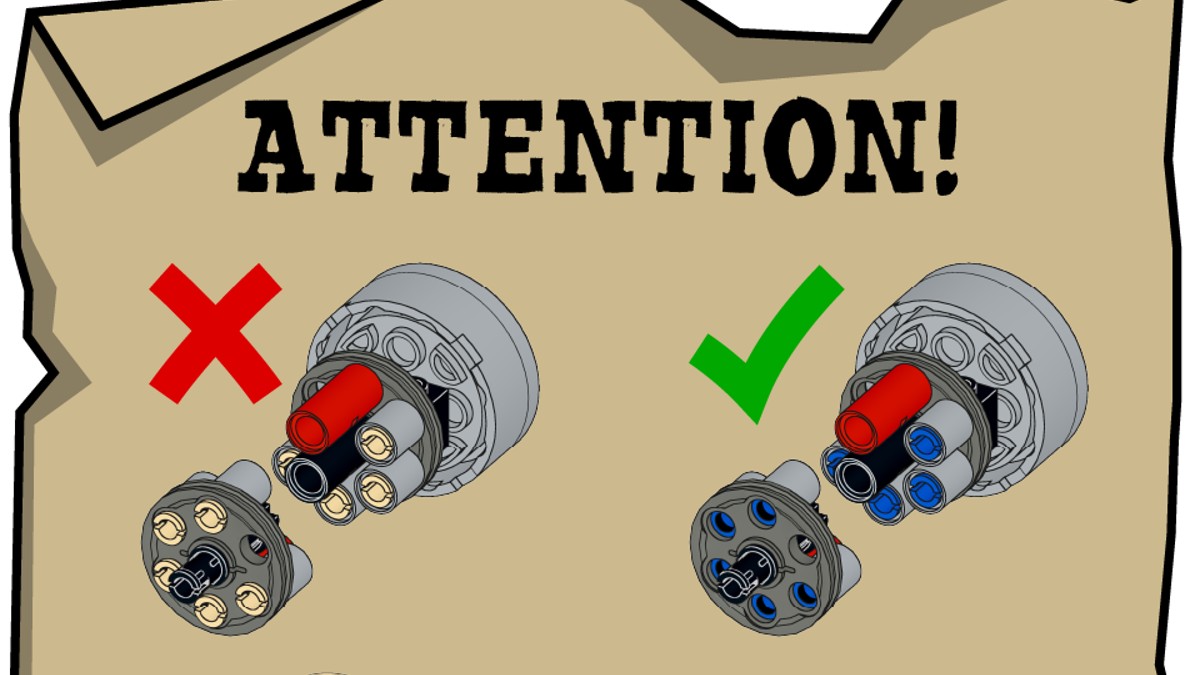