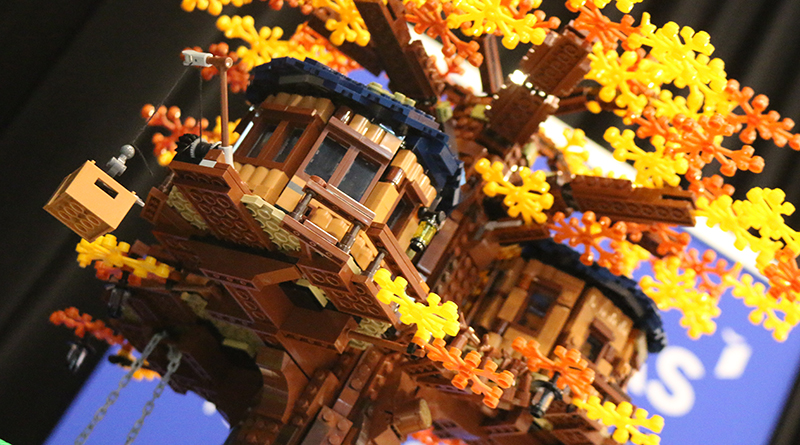 The latest set in the LEGO Ideas theme is the largest yet, with LEGO Ideas 21318 Treehouse having grown from the imagination of LEGO fan Kevin Feeser.

Taking his design as inspiration, LEGO Model Designer César Soares worked to design the official version of the model in a way that would mean fans around the world could built their own brick treehouse. In this exclusive conversation with LEGO Ideas Design Manager Samuel Johnson and César, they reveal how the process led to the set that is now on shelves at LEGO Stores everywhere.

How did the decision to include the two different leaf colours, to reflect the two seasons, come about?

César: The idea came up when we were trying to decide which shades of green to use for the leaves. I was always a big fan of trees with the autumn colours so that idea was in my mind from the beginning. But we wanted to be true to the original one, with green leaves, so we thought, ‘how cool would it be if we included both sets of colours and then somehow you were able to change it?’ The next step was to have a brainstorm with the building instructions team and check that it was feasible from a building and practical perspective.

Were there any particular design challenges along the way?

César: The major challenge was how to make the trunk sturdy enough to not be easily detached from the base but also strong enough to hold three cabins. This was our main concern and it was the first challenge that had to be tackled. The set has other design challenges too, like how to access the interior of the cabins, or how to get their octagonal shape without compromising the stability.

Further along the design process, another situation came up – we thought that the base should be strong enough that if someone wanted to pick the all set by grabbing the base, it should be possible. So the base was made stronger by reinforcing some parts of it with additional plate layers or by the use of longer bricks in the core.

What is your favourite aspect of the finished set?

César: For me it is hard to pinpoint a favourite aspect. But if I had to pick one, I think it would have to be the fact that the set has the same level of detail and intricacy all around. There is no ‘backside’ because everywhere you look you will find something new or different. And of course, getting a big amount of leaves and on top of that be able to change their colours to match a different season is great.

Samuel: I am really a fan of the exclusive printed element that we made for this set. We are constantly trying to involve our fan designers where we can and in this instance, we asked Kevin, ‘if you could carve anything into the tree what would it be?’ Kevin emailed a drawing to me and we recreated it as the deco on the tree trunk.

Hear more from Samuel and César in the first part of this interview.