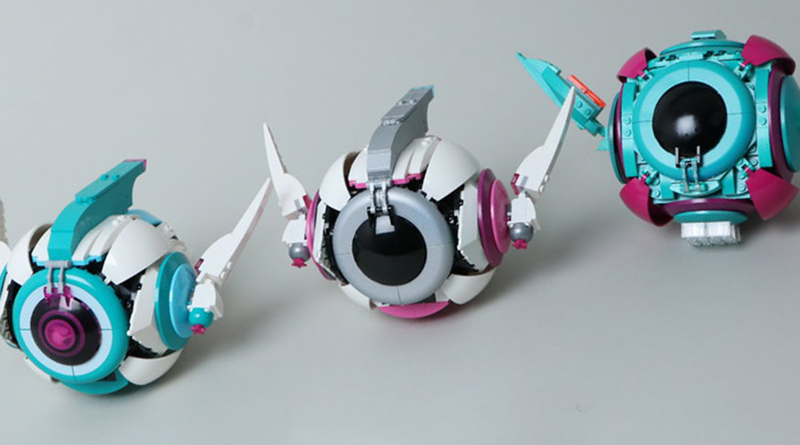 The LEGO Group has shared images of the models that became The LEGO Movie 2 70830 Sweet Mayhem’s Systar Starship.

One of the many striking designs in The LEGO Movie 2: The Second Part is that of  70830 Sweet Mayhem’s Systar Starship (review).

“The initial concept of the big head didn’t have any major features at that time. It was more about creating the idea of a watchful presence of the sister,” explained Jason Amador Moreno, designer of the set. “When we receive concepts from the movie studio, we usually try and build a 1 to 1 version of it. When we did the head, it was really to have a big look at it.”

The first models were very literal, and it took some refining to get the ship further from a girl’s face to a sleek, 1950s infused science-fiction spacecraft. “the LEGO team felt it best to propose something that had more iconography from Sweet Mayhem (her helmet). Thus, many versions of spaceships inspired by her helmet were made,” said Jason.

While General Mayhem’s helmet influenced the ship, the colours of the ship then influenced her helmet.

“After presenting to the studio it did inspire them to revise the concept to something a bit more spaceshipy. After that it became a back and forth of cooler versions of Sweet Mayhem inspired helmet spaceships,” Jason said.

He highlights the final model as perhaps the biggest challenge of all: “it has a cockpit that fits a minifigure and mini-doll, a prison that fits two minifigures, a disc shooter, wings that rotate, storage for heart, star, weapons, AND a roll of stickers! All within a ball, one of the most challenging shapes to make out of LEGO bricks.”