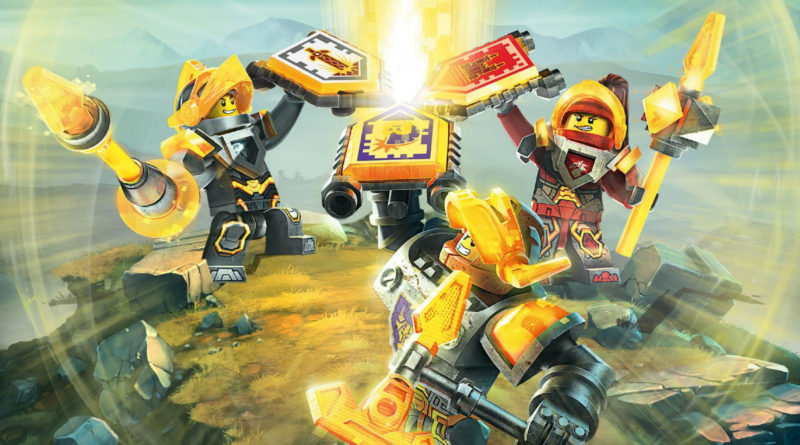 The creation of the LEGO Group’s big bang themes, including NEXO KNIGHTS, is the subject of the latest episode of the Bits N’ Bricks podcast.

From NEXO KNIGHTS to Monkie Kid, the LEGO Group have seen their fair share of multimedia projects throughout their history, with the aptly-named big bang themes intended to last for multiple years. This topic, and how it ties into gaming, is the subject of the latest episode of Bits N’ Bricks.

The new season of the official LEGO Games podcast continues with the fifth instalment, and 33rd episode overall with hosts Ethan Vincent and Brian Crecente interviewing guests who were key in developing NEXO KNIGHTS and other huge projects.

For those unaware, NEXO KNIGHTS received an accompanying mobile game that was updated as the theme received new sets. When combined with the TV show and physical products, it gives an example of which platforms these multimedia ideas can cover. However, it turns out that things didn’t go quite as planned during the development of NEXO KNIGHTS.

“Even though we’d selected the best team, they basically had to go back and redo the whole pitch for NEXO KNIGHTS,” explains the production director of the theme Mads Prahm. “I think that was a little bit of a surprise to us that it didn’t go as smoothly as we had hoped,”

“Some of those standoff mechanics with the battleships, that was pretty core to their experience, so they had to start from scratch, and, you know, the timeline was very fixed because the LEGO theme was going to launch at a specific time.”

You can listen to the full episode above, which details the original pitch for the project and how other huge themes, such as Legends of Chima failed to thrive when compared to the likes of NINJAGO.

Previous episodes of the Bits N’ Bricks podcast have also explored previous LEGO projects too, including BIONICLE and lesser-known ideas like Life of George.