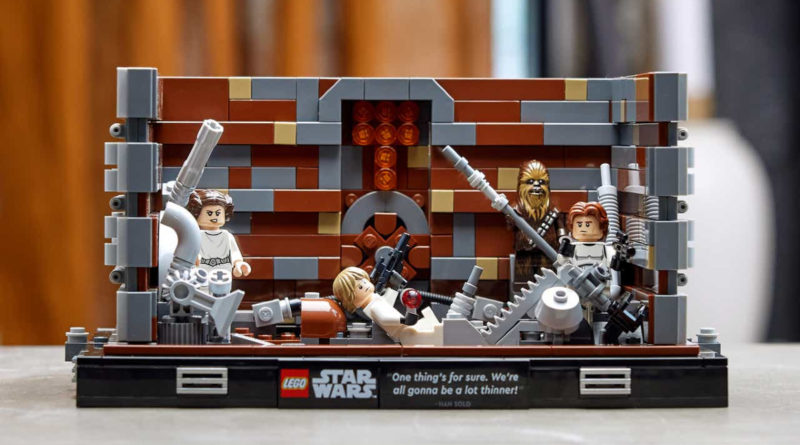 This week the LEGO Group revealed three brand-new Star Wars sets arriving in April that will be aimed at adult collectors. One of these is 75339 Death Star Trash Compactor Diorama, which boasts six minifigures including Princess Leia, Chewbacca, updated versions of Luke Skywalker and Han Solo in Stormtrooper armour, plus C-3PO and R2-D2 with new printing.

The set also has some great features such as moving walls, a compactor control panel and a plaque with Han Solo’s classic “One thing’s for sure. We’re all gonna be a lot thinner.” line. However, whilst 75339 Death Star Trash Compactor Diorama certainly manages to squeeze plenty into an 802-piece set, we can’t help feeling one item has been a little short-changed.

In the classic scene from A New Hope, Luke is dragged under the murky garbage water by a creature known as a dianoga. This slimy beast was previously recreated in LEGO form as a feature in the trash compactor of the huge 10188 Death Star. The description of that set refers to the beast as a ‘trash compactor monster,’ which does accurately reflect the look of the 15-piece brick-built creature.

For 75339 Death Star Trash Compactor Diorama, the LEGO Star Wars designers have gone in a different direction. Now the dianoga merely appears as a simple head popping up out of the piles of garbage in the centre of the model. Whilst in no way the main focus of the scene, we can’t help thinking a larger build of the beast would definitely have been welcomed, even though it may not have accurately reflected its appearance in the original film’s sequence.