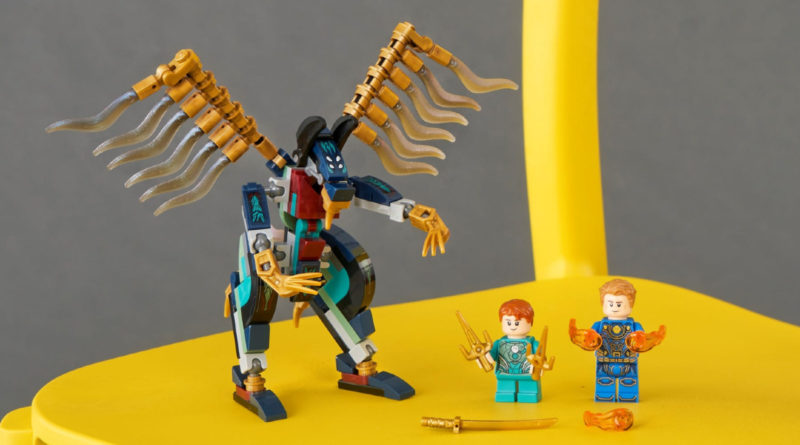 Marvel Studios’ Eternals is out now, revealing the source material behind the four LEGO sets and a twist that the designers may have teased.

Now that the film has finally been released in cinemas, the context behind the LEGO Eternals sets has been unveiled, with one potentially revealing a twist from the movie far in advance. This article will include major spoilers for Marvel Studios’ Eternals so click now should you wish to keep the surprise.

With 133 pieces, LEGO 76145 Eternals’ Aerial Assault is the smallest and least expensive of the four corresponding Eternals models, with just two minifigures and a model for one of the Deviant antagonists included.

The decision to include both Sprite and Ikaris in this set with no other members of the team, ties in with the former character’s choice to pair up with Ikaris after he betrays the other Eternals to ensure that the emergence takes place.

While it’s not clear how much notice the LEGO designers got regarding the story of Eternals, the presence of both characters only in this set, with Sprite being exclusive to 76145 Eternals’ Aerial Assault and Ikaris appearing in every model in the wave apart from 76154 Deviant Ambush!, suggests that this may have been an intentional tease for the scene after the build was first revealed almost a year ago.