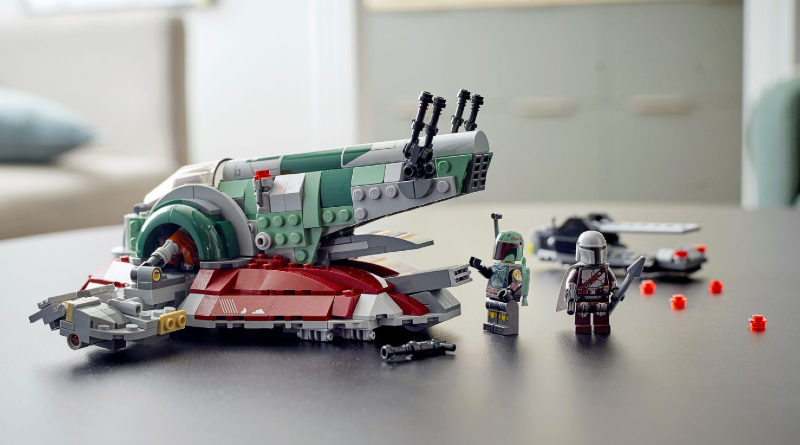 We already know Disney asked the LEGO Group to change the name of 75312 Boba Fett’s Starship – but Lucasfilm also requested a change to the set’s design.

The designer also told Brick Fanatics, however, that that wasn’t the only change Disney and Lucasfilm asked the team to make to the smaller and cheaper rendition of Slave I. 75312 Boba Fett’s Starship packs in a small maintenance transport that doubles up as a display stand – and while the inclusion of that vehicle wasn’t an issue, the details surrounding it were.

“Lucasfilm were totally up for it, even though it’s something we came up with,” Jens says. “I remember they changed the colour of it. And there was some debate if we could actually have Boba sitting in the driver’s seat, because it doesn’t happen in the movie.”

In the end, it clearly made no odds, as the final box art for 75312 Boba Fett’s Starship shows the bounty hunter freewheeling around on the maintenance transport. According to Jens, that kind of fun, toyetic approach to the source material is where Disney allows the LEGO Group to take a few creative liberties.

“They have a huge respect for the toy,” Jens explains. “And that’s something that we really, really appreciate, that they sometimes are willing to want more compromises to have the best toy.”

For more on 75312 Boba Fett’s Starship, read how this year’s smaller and cheaper LEGO Star Wars sets were inspired by a 2018 model.