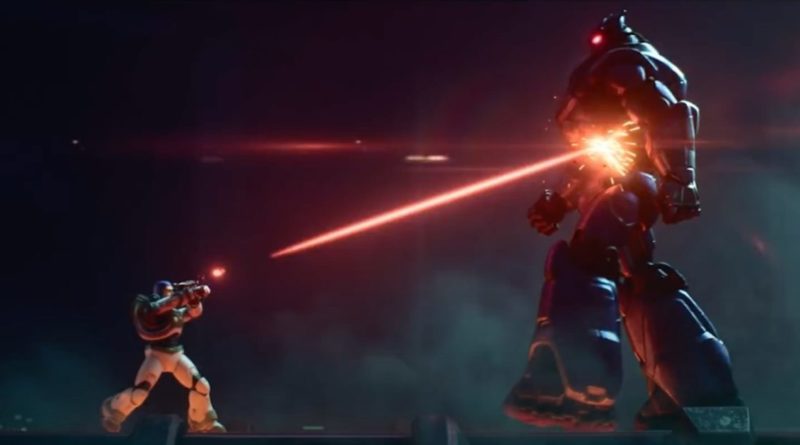 Last night’s Oscars ceremony was certainly a memorable event, in more ways than one. During a commercial break, Disney Pixar debuted a brand-new TV spot for its summer 2022 CG animated movie, Lightyear.

The film will feature the voice of Captain America himself, Chris Evans, as Buzz Lightyear and reveal a look at the character’s origins. This is the version of Buzz that will eventually inspire the Tim Allen-voiced character who appears in the Toy Story movies.

The TV spot shows more footage of Buzz Lightyear and the Space Rangers on an alien world, battles with Zyclops mechs, what appears to be a massive robotic Emperor Zurg and the XL-15 Spaceship.

The great news for those waiting for the film is that all of the action in the TV spot can be replicated with the three upcoming LEGO Disney Pixar’s Lightyear sets. As revealed earlier today, the LEGO Group has now officially confirmed next month’s release of 76830 Zyclops Chase, 76831 Zurg Battle and 76832 XL-15 Spaceship. The sets also include multiple minifigures of the movie’s characters, including Buzz Lightyear, Izzy Hawthorne, Darby Steel, Mo Morrison and Sox, the robot cat.

Lightyear will be released in cinemas from June 17, 2022. All three LEGO Disney Pixar’s Lightyear sets will be available to purchase from April 24.