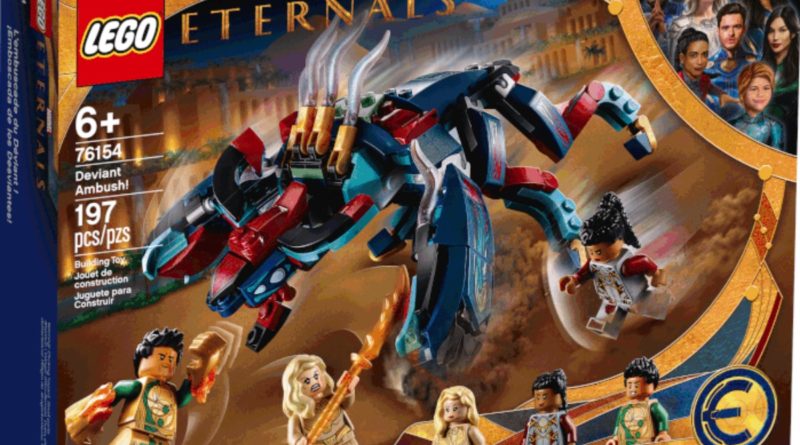 Deviants feature heavily in all four of the upcoming LEGO Marvel Eternals models, so what exactly are they and how might they differ in the MCU from the original comics?

76145 Eternals’ Aerial Assault, 76154 Deviant Ambush, and 76156 Rise of the Domo all feature blue-plated creatures. Considering one model has Deviant in the name and the race is known to be the ongoing enemy of the Eternals, it’s logical to guess that these beasts are the MCU’s take on the race.

However, if that’s true, they look remarkably different to how we’ve seen them in the Marvel comics. Deviants in the comic books are humanoid creatures, although they do change over generations. In both the trailer for Eternals and these upcoming sets, the creatures seem more beast than human.

Some have wings, others are shaped like enormous hounds, while another does have a humanoid figure. It wouldn’t be the first time that the MCU has departed from the lore of the comics. After all, Thanos himself is a Deviant in the comics, but that doesn’t seem to ring true for the MCU, given that he’s already turned to dust by now.

Of course, Marvel is known for throwing us curveballs, so it could be that these blue monsters aren’t the Deviants at all. After all, the fast-paced trailers we’ve had for Eternals so far haven’t given us many clear views of the beasts fighting the main characters. Seeing them in brick form in the official images for these sets is our first opportunity to draw some conclusions about the age-old beings.