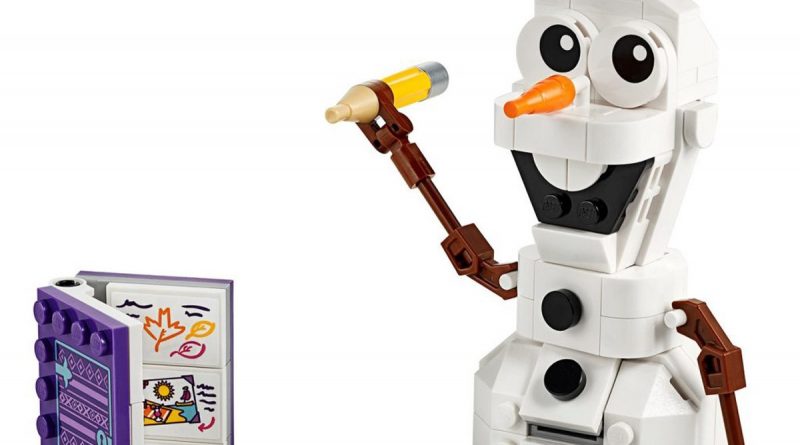 “Do you to build a snowman?” Anna asks in Frozen. While her sister, Elsa, is reluctant, any LEGO fan would jump at the opportunity. If the question has build in it, the answer is ‘yes’. In the new LEGO Frozen II theme, 41169 Olaf allows fans to build a snowman. The adorable character’s odd proportions are captured at slightly odd angles, but it is a fun little build that has joined the brick-built Disney line-up.

Olaf is not the only character to have recently been created as a LEGO model, with 75255 Yoda (review) also getting another turn in the statue format. Given that these beloved characters have been released in an occasionally visited format to varying success, Brick Fanatics Magazine Issue 12 has picked out the five weirdest buildable characters released by the LEGO Group.

It has been quite a while that the LEGO Group has been releasing buildable characters for, with most appearing in the Star Wars theme. 10186 General Grievous was released in 2008 – that set is so weird that it combines Technic and constraction building, but isn’t one or the other, and it did not make the list.

To find out the sets that did make the cut and earn a place on the five weirdest buildable characters list, order a copy of Brick Fanatics Magazine Issue 12 or consider a subscription and save money on the cover price.