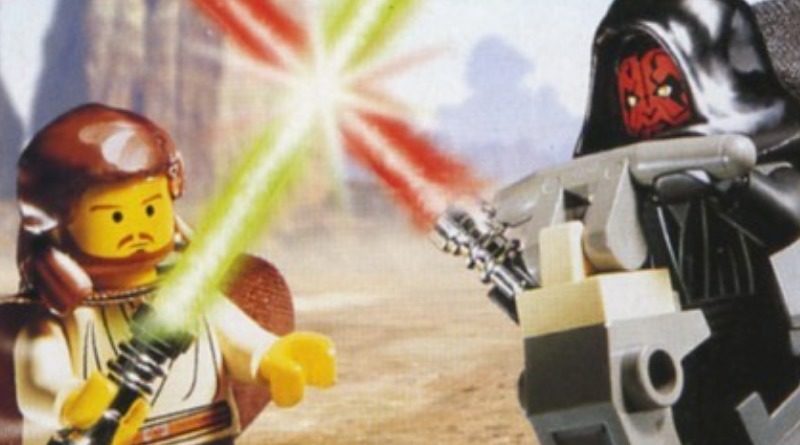 The box art for a classic LEGO Star Wars set may hide the key to the LEGO Group’s original lightsaber hilt design.

These days, keen-eyed LEGO fans are quick to point out any errors in LEGO graphic design. Take 2013’s 76000 Arctic Batman vs. Mr. Freeze: Aquaman on Ice, for instance, which managed to misspell ‘arctic’ on the box, or 2019’s 70821 Emmet and Benny’s ‘Build and Fix’ Workshop!, which sheared the mini spaceship’s canopy in two.

Those weren’t the first mistakes the LEGO Group has made where its packaging is concerned, and surely won’t be the last. But some 22 years ago, one of the very first LEGO Star Wars sets included a very different error – and one that’s pretty much gone unnoticed until now.

7101 Lightsaber Duel bundled Qui-Gon Jinn and Darth Maul into a tiny 52-piece set back in 1999, giving fans the chance to grab two main characters at a very wallet-friendly price. We probably won’t see the likes of it ever again, but it’s also memorable for another reason: the box art features what looks to be a prototype lightsaber hilt.

The real LEGO weapon that debuted at the end of the 20th century narrows at the connection point for the blade, enveloping the bottom of the 4L bar piece. But the version featured on 7101’s box art omits that section of the element, stopping at the wider section of the hilt.

It’s a tiny difference, but gives us a glimpse at what was presumably an alternative lightsaber hilt considered at some point during the theme’s initial development in 1998. The change to the final version makes total sense, though, as the wider base would surely have been way too narrow to reliably hold the blade.

We can’t take the credit for spotting this error – that goes to YouTube user emmet501st, who pointed it out in the comments section of an MandRproductions video. And it’s also worth acknowledging that whoever was working on the graphics for 7101 Lightsaber Duel’s packaging might have simply messed up the length of the blades, covering up the missing section of the hilt.

Given this happened more than two decades ago, there are probably very few people left at the LEGO Group who would know either way. But we’ve reached out for comment just in case, so we’ll let you know if we hear back.