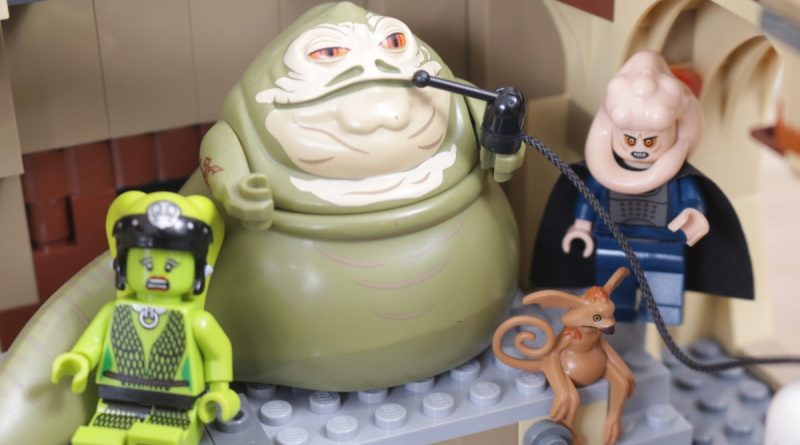 If you’re hoping for a LEGO Star Wars Jabba’s Palace Master Builder Series set for the 40th anniversary of Return of the Jedi, you may need to lower your expectations.

The last LEGO Jabba’s Palace arrived in 2012, in the aptly-titled 9516 Jabba’s Palace, while we’ve since revisited the location in a different era in this year’s 75326 Boba Fett’s Throne Room. The most recent addition to the Master Builder Series – the playset equivalent to the Ultimate Collector Series – debuted in 2020, meanwhile, in 75290 Mos Eisley Cantina.

With an Empire Strikes Back MBS set already in the bag in 75222 Betrayal at Cloud City, the path towards a Jabba’s Palace MBS model in 2023 seemed clear. It’s a moment in Star Wars history we haven’t seen in LEGO in a good while, based on a film celebrating its 40th anniversary next year, and with only one other MBS set on shelves at the same time.

That obvious route has seemingly now been blocked, however, by rumours of a Jabba’s Palace diorama arriving in 2023. According to recent reports, the Hutt gangster’s home will form one of two – or possibly three – new additions to the LEGO Star Wars Diorama Collection next year, all of which are currently thought to be based on Return of the Jedi.

If the LEGO Group really has chosen to revisit Jabba and the gang in a diorama set – which is said to retail for €99.99 in Europe – it seems incredibly unlikely that we’ll see a Master Builder Series Jabba’s Palace within the next five or even 10 years. (It’s been a full decade since 9516 Jabba’s Palace landed on shelves, remember.)

That’s disappointing news for anyone holding out for the ultimate incarnation of the palace, but potentially good news for those of us without unlimited shelf space or budgets. A diorama of Jabba’s Palace could still include all the key characters from Return of the Jedi’s opening scenes, along with a snapshot of the most iconic visual – the Hutt on his throne – without breaking the bank. We definitely wouldn’t be getting a new Rancor, though.

Rumours of a LEGO Star Wars Jabba’s Palace diorama are just that for the moment, so don’t put too much stock in them for the minute. For a complete round-up of every LEGO Star Wars set reportedly on the way in 2023, click here.