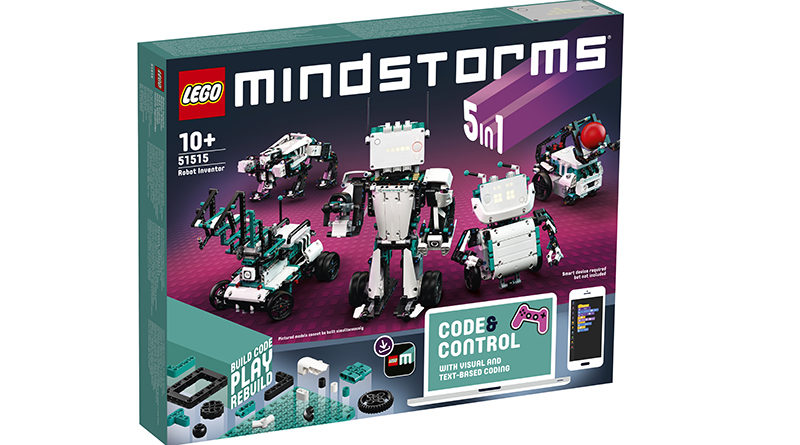 Brick Fanatics is running a competition, with three LEGO MINDSTORMS 51515 Robot Inventor sets up for grabs.

The new generation of LEGO MINDSTORMS, 51515 Robot Inventor, is about to make a big splash when it launches around the world. Fans in the UK can be in with a chance of winning the new set thanks to a competition from Brick Fanatics. The 949 piece set contains everything fans need to build five robots and will retail for £329.99.

Three copies of the new set are being given away, courtesy of the LEGO Group.

To be in with a chance of winning the next generation of MINDSTORMS, Brick Fanatics wants to hear what your dream LEGO MINDSTORMS robot would do. Would it sort your bricks for you? Would it build your LEGO sets for you? Would it do something much more useful or imaginative than our LEGO-based suggestions?

We want to hear what your robot would do, ideas on how it would do it and how the LEGO-ness of it might help. Be creative, be inventive, be weird!

You are welcome to communicate your concept in words, draw something to show it, explain in a video or even use LEGO bricks to illustrate it.

Senior Design Manager Dan Meehan, who has led the development of 51515 Robot Inventor, will judge the entries and pick out the three prize winners.

Entries should be emailed to by 23.59pm October 21 2020 BST [email protected] – all of the details, including the terms and conditions, can be found on the dedicated competition page.