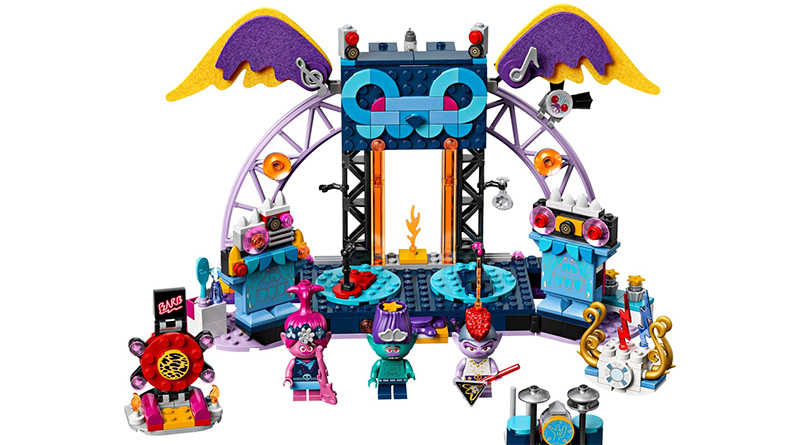 LEGO Trolls World Tour 41254 Volcano Rock City Concert is on a double VIP points deal for the month, meaning fans get the equivalent of 10% LEGO cashback rather than the usual 5%.

Trolls World Tour will be released on April 10 through digital streaming services, priced at $19.99 for a 48 hour period.

This cool LEGO Trolls World Tour Volcano Rock City Concert toy brings the world of music to life for Trolls fans. With 3 minifigures, play starts straightaway. Kids will love helping Poppy get ready, with different hair accessories, as she prepares to take on Queen Barb in the ultimate rock battle. Then they can put Poppy and Barb on the spinning podiums to role-play dramatic music scenes from the movie. Kids will enjoy imaginative play long after this Trolls movie toy set is built. Check out the movable felt wings, the spinning platforms and backstage snacks. Kids will love finding the collectible string to place in the lyre – along with strings collected from other LEGO Trolls World Tour sets.

The promotion will run until April 30.