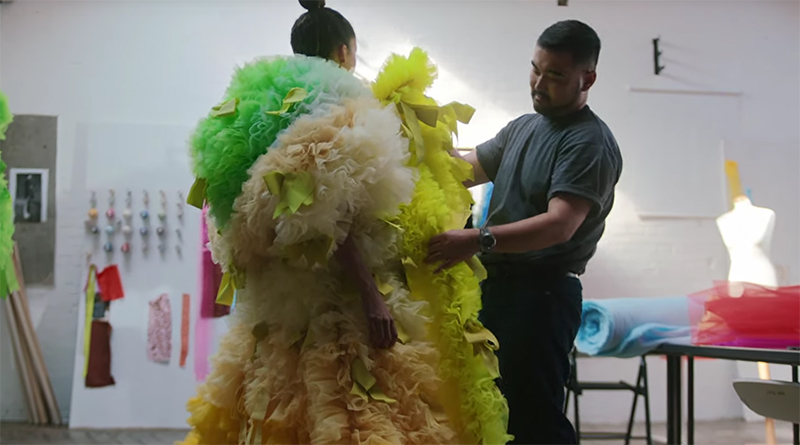 Talented dress designer Tomo Koizumi reveals some of his thoughts on creativity in the latest LEGO Rebuild the World video.

A new video in the LEGO Rebuild the World series has been released, featuring dress designer Tomo Koizumi. In this new video, the designer seems to be having great fun comparing his work in fashion to building with LEGO bricks.

Rebuild the World is focusing on connecting LEGO building with creativity. This series of videos shows how different people are creative within their professions – recent examples include music producer Mark Ronson, US Olympian Simone Biles and the Natural History Museum’s Dr Steen Dupont.

“I believe that creativity can be a superpower because with creativity there are endless possibilities and I believe it can be a catlyst for opening up the future,” says Koizumi in the video. “I think I can make the world better with the things I can create. I don’t really worry about getting things wrong, it is part of the journey to succeess and experimenting helps to make things even better.”

Rebuild the World launched last month with an event at the LEGO House and a video introduction. marketing campaign launched in Billund, Denmark,