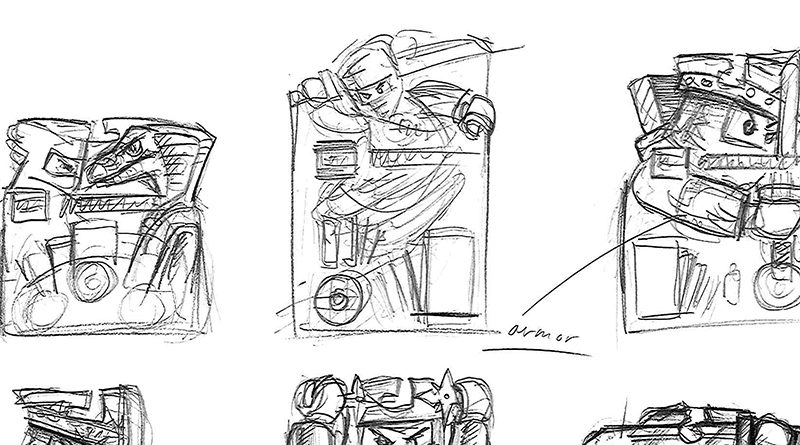 Concepts for the early LEGO NINJAGO packaging have been shared, giving fans a glimpse into the development process and what could have been.

Back in 2011, the LEGO Group launched NINJAGO. A key component of the theme at the time was the spinner sets, which linked to the ‘Masters of Spinjitzu’ concept. The spinners represented the style of martial arts that the characters were trained in.

On social media, LEGO Senior Creative Manager Tommy Andreasen has shared concept sketches and mock-ups of what the second series packaging may have looked like. The sketches (shown above) are described as ‘early development sketches’. They show how the creatives rough out different ideas to see what might work.

These pack designs were rejected and show a very different direction for the spinners. The final design (comparison image shown for 2111 Kai) was much less focused on the specific character.

Andreasen writes: “Here are some old (rejected) Ninjago Spinner pack designs I did in 2011. These were very character focused. We decided to stick with the more ‘in your face’ ninja eye design. Good choice!

“I like these though. Illustrations by Christian Damm and Craig Sellars.” 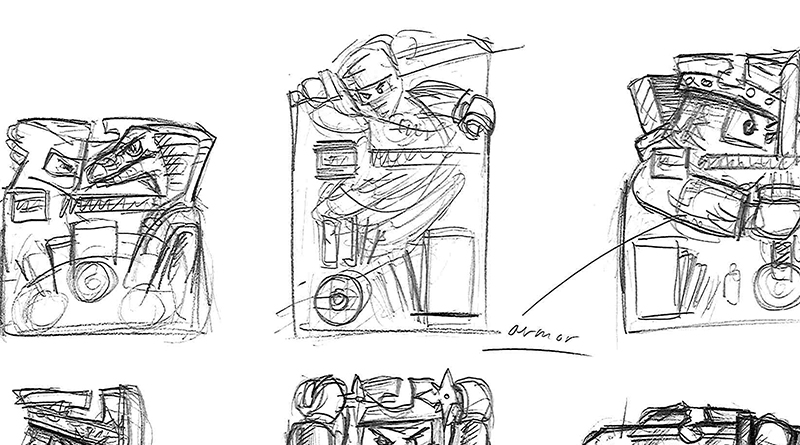