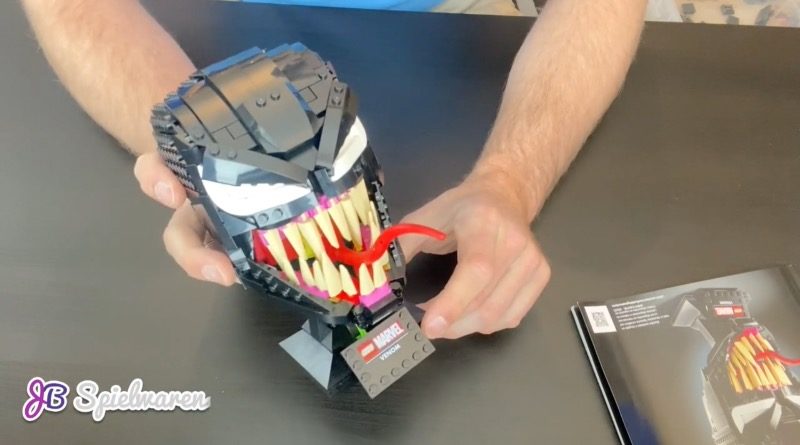 The first review of LEGO Marvel 76187 Venom is already online, more than two weeks ahead of its official release.

Retailer JB Spielwaren has published a first look at the upcoming 18+ sculpture through its YouTube channel, complete with a speed build that very much leans into the ‘speed’ angle of that format (insofar as you definitely won’t be able to keep up).

Fortunately, things slow down for the retailer’s review, which gives us the very first peek at how 76187 Venom comes together. The symbiote’s head is completely hollow, and true to LEGO form, the interior of the structure is incredibly colourful (despite an almost entirely black exterior).

The 565-piece set is an almost carbon copy of 76199 Carnage’s build, only in different colours, so this video also gives us a good idea of what to expect from Cletus Kasady’s symbiote sculpt. If you’ve got 10 minutes to spare, hit play above and check it out for yourself.

76187 Venom will launch at LEGO.com and in LEGO Stores on April 26, while 76199 Carnage will follow a few days later on May 1. US fans, meanwhile, will be able to cop the red and black bust through official channels from as early as this Sunday, April 11.