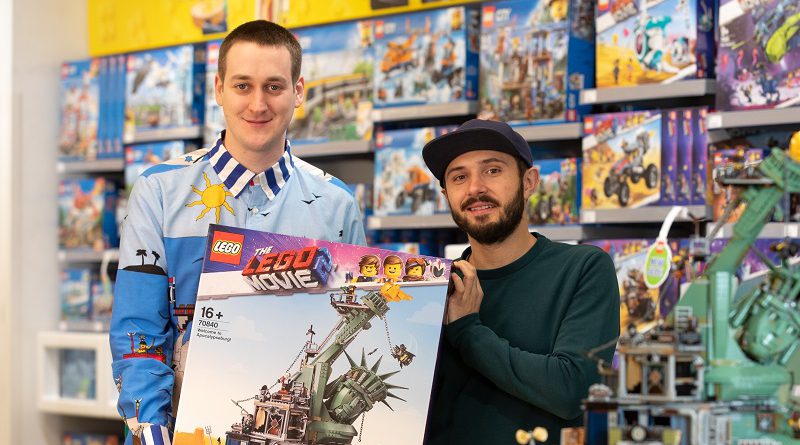 The LEGO Movie 2: The Second Part 70840 Welcome to Apocalypseburg! is packed with hidden details and fun touches for fans – in an exclusive interview, the set’s designers pick out their favourite examples

No set in the The LEGO Movie 2: The Second Part theme is packed with more detail and neat little touches than 70840 Welcome to Apocalypseburg!. Senior Model Designer Justin Ramsden and Graphic Designer Paul Constantin talked through some of the little details they included to make this 3,178 piece model more than just a display piece.

What interesting or fun techniques did you sneak into the build?

Justin: I really love building the small bits and bobs, so there is a grill that is made out of a car engine. And the hot dog, with the spear in the hot dog – that was something that came to me really late at night and I was like, ‘that would be really cool’.

When I was trying to figure out the eyebrows for the Statue of Liberty, I thought, ‘maybe the hot dogs could work here’. Just finding elements – it’s the classic LEGO thing – finding interesting elements and using them in new ways is part of the fun of the job. It keeps it fresh and keeps it exciting for us. There are loads of Easter eggs that we have managed to hide and references to different LEGO movies and real movies and just stuff like other designers will bring to me as well.

Niek van Slagmaat, who worked on 21311 Voltron, figured out the chair kicking function for Bad Cop, or Scribble Cop as he is called in this film. It is so hilarious and iconic from the first film, so we wanted to shove that in. What happened to all the trains from Bricksburg? What if that would now be a gym where Batman could go training? Adding nice little fun things that have a lot of playability.

Paul – as you worked on minifigures across the whole The LEGO Movie 2 theme, do you have a favourite?

Paul: My favourite is Rex Dangervest. He is pretty fresh. Rex Dangervest himself is simple, but we did the full style guide for him; his logo, his branding, his raptors, his dungaree details… he was very fun to work on and develop this whole world with his visual identity. 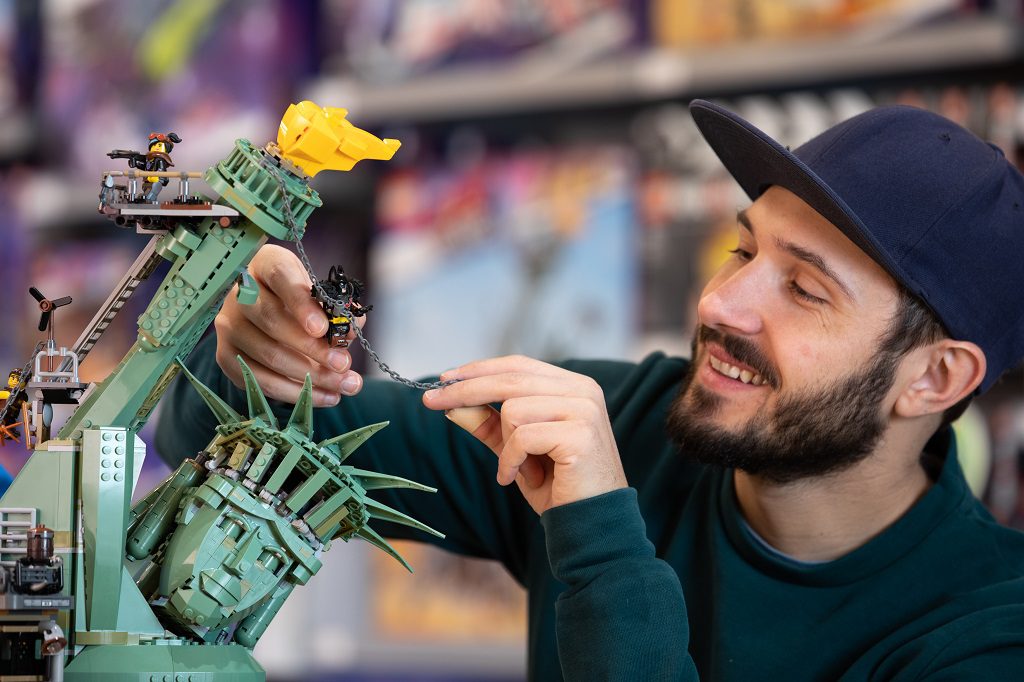 Could you talk through some more of the Easter eggs and fun details?

Justin: I loved working with Paul and working with Mike Patton, the other Graphic Designer on this, to sneak in Easter eggs. I love the skiis as signposts. I think it is really funny. The spike on the Statue of Liberty head was great to have as a sand green element and bring that in.

There is a dish that I love to hide into LEGO sets called the parmo, or chicken parmesan. It is a regional dish from the North East of England where I am from. I have put it in a few LEGO sets before and also a few still to come, and because the graphic designer, Mike Patton, is from the same region, we were able to sneak it in. It seems like the perfect thing to have in the Apocalypseburg, just this big mass amount of fried beauty. So we were lucky enough to hide that in one of the menus.

Justin: Yeah, the front of the Batmobile because we both worked on it. There are a few things that are made from old sets, like an engine of one of the sets that I worked on previously that is in the model. I can’t say which, but you’ll know the engine when you play with the set.

One of our designers, Milan Madge, he built a chair when he was seven and put it on MOC Pages. He is a fellow designer and when we figuring out a chair – we were like, ‘why don’t we use this one?’ I loved it so much that it went in one of the Super Heroes sets that I designed, and I also put it in here. And who knows, it may turn up in the future…

What was his reaction when he noticed you had used it?

He came in and was like, ‘what is this doing here?’ It is a really fun build because it uses the back of a chair, an actual LEGO chair for the back of the seat – which is so obvious and as a child that is the way you would build. I thought it was really fresh and really fun. He loves it because I have put that chair in more sets than he has designed.

For more behind-the-scenes The LEGO Movie 2 insights, order Brick Fanatics Magazine Issue 2, in which LEGO Design Managers Mauricio Bedolla and Ross Christopher Haynes share through never-before-seen concept art, and Model Designer Nicolaas Vas provides a tour of 70831 Emmet’s Dream House/Rescue Rocket. The magazine is available for purchase in single copies (plus a postage and packaging charge) or as part of a 12-issue or 24-issue subscription, at a discounted rate, with free postage and packaging.