Items from the collection of international star singer and LEGO fan Ed Sheeran are being auctioned today for charity.

Earlier this year, singer and celebrity AFOL Ed Sheeran donated more than 300 of his personal LEGO items to a charity shop in his hometown of Framlingham, Suffolk. Now, St. Elizabeth’s Hospice is auctioning off the models to raise money for Zest, a terminal illness charity.

ITV reports that more than 7oo of the LEGO House singer’s items going under the hammer include a guitar stand, clothing and his first record player. More interestingly for brick obsessives, Sheeran donated a LEGO bust that was goft from LEGOLAND, and is expected to fetch £1,000. 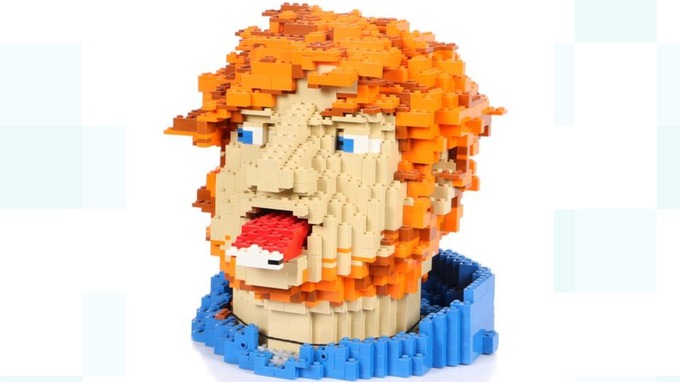 Sheeran’s memorabilia has been on display at his old school, Thomas Mills High School. “Ed remains a close friend of the School and we are delighted to support him, Zest and St Elizabeth Hospice in the launch of this new and worthwhile venture,” Deputy Head Mark Wheeler told ITV. “This is a great opportunity for Ed enthusiasts and a fabulous way to support a local charity.”