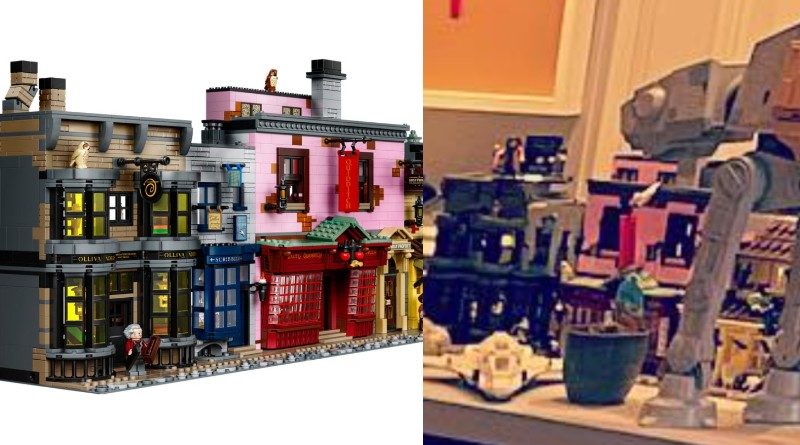 Elton John celebrated his birthday this week, but with a magical touch from a certain LEGO Harry Potter set.

The popular musician took to Twitter to commemorate his 74th birthday, with a stylish cake and family gathering in a new photo. However, it appears that the LEGO Group managed to work its way into the get-together thanks to the singer’s sons.

Amongst the collection of artwork, shelves and sculptures, one of the largest Harry Potter sets can be seen with 75978 Diagon Alley appearing next to a Star Wars AT-AT and other toys.

It’s not easy to spot but we’ve highlighted it in the featured image with the distinct pink colour scheme and friendly giant Hagrid sat atop the buildings.

The LEGO Group has once again proved that it has fans all over the world with other famous followers including British actor Rahul Kohli.

It’s a nice addition to what we’re sure was a wonderful celebration and you can even buy the set for yourself right now, with the 5,544-piece Wizarding World set available for £369.99 / $399.99 / €399.99. Hopefully, it manages to stay in stock, as it’s been facing some demand on the official online LEGO store.