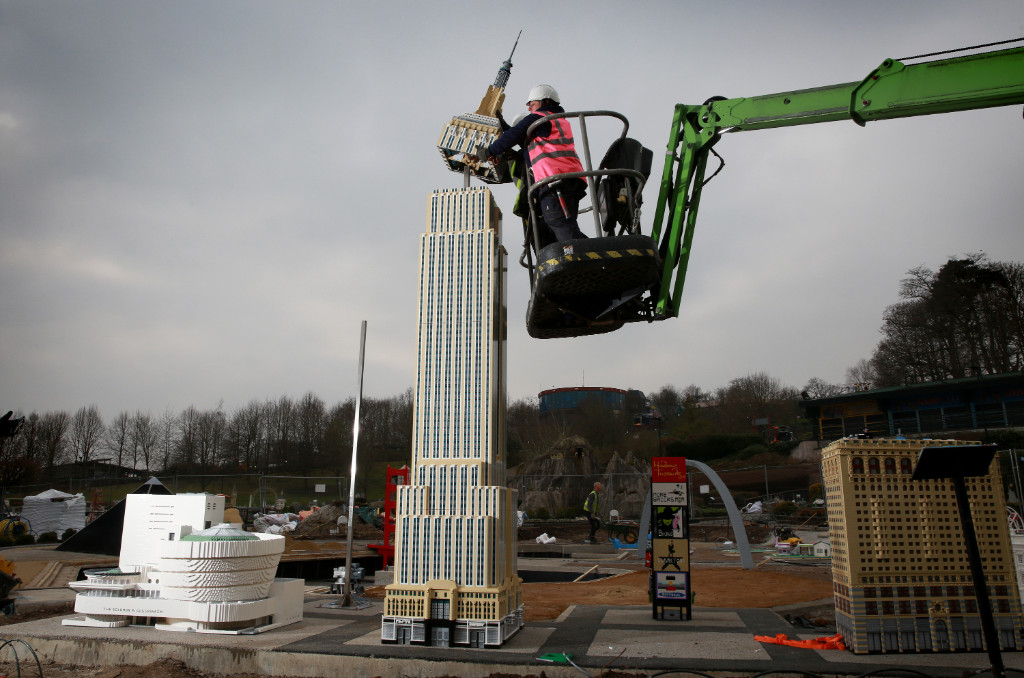 Model Makers at the LEGOLAND Windsor Resort installed a 4.4 metre Empire State Building today, as part of a new USA area of Miniland.

A LEGO brick replica of the Empire State Building was installed today at the LEGOLAND Windsor Resort, that will form part of a new USA based area of Miniland. The new Miniland sections will be one of the new attractions when the theme park re-opens for 2018 on March 9.

The LEGO Empire State Building is 4.4 metres tall, uses 71,040 bricks and took the Model Making team 700 hours to construct. That makes it 100 times smaller than the real life New York landmark. Other US icons that will be part of the new brick based America will include the Statue of Liberty, Route 66, Area 51 and Cloud Gate.

As well as the new US area, Miniland will be adding other worldwide landmarks including the Taj Mahal (Agra), St. Basil’s Cathedral (Moscow), the Sydney Opera House (Sydney) and the Forbidden City (Beijing).

Another new attraction that will also becoming to the LEGOLAND Windsor Resort this year is LEGO Reef, allowing families to build digital LEGO fish that then come to life in a virtual fish tank. Tickets to visit the theme park can be booked at the official website.