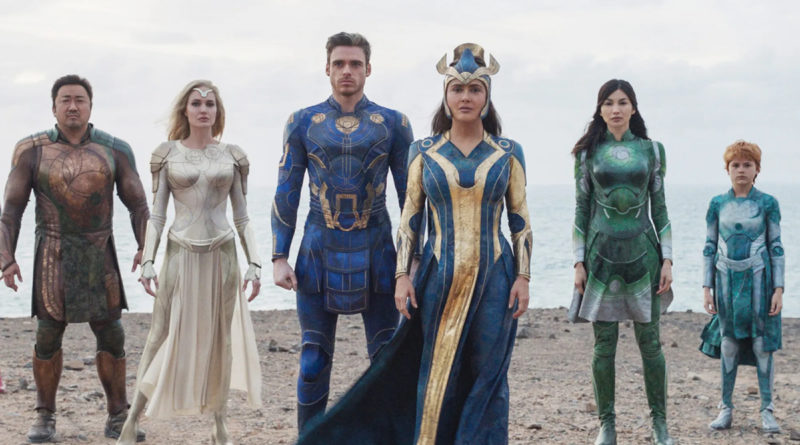 Members of the cast of Marvel Studios’ Eternals have been filmed reacting to their LEGO minifigures, including what might be a prototype design.

The LEGO Marvel Eternals sets are available now with the movie releasing not long ago too. As part of the ongoing marketing for the film, part of the cast including Rochard Madden, Gemma Chan, Lia McHugh and Lauren Ridloff, have now seen and shared their opinions on their respective minifigures.

Notably, the minifigure presented to Gemma Chan does not match Sersi as she can be found in the Eternals models, with a dark blue outfit that could either be a prototype design based on a concept art costume, or a darker green that has been picked due to a green screen used behind the actors or to see it properly with the lighting set up when filming.

Eternals is available to watch in cinemas worldwide now with the builds already launched in time for the film. We’ve reviewed the largest in the wave to see what the triangular creation has in store and how it compares to the source material.