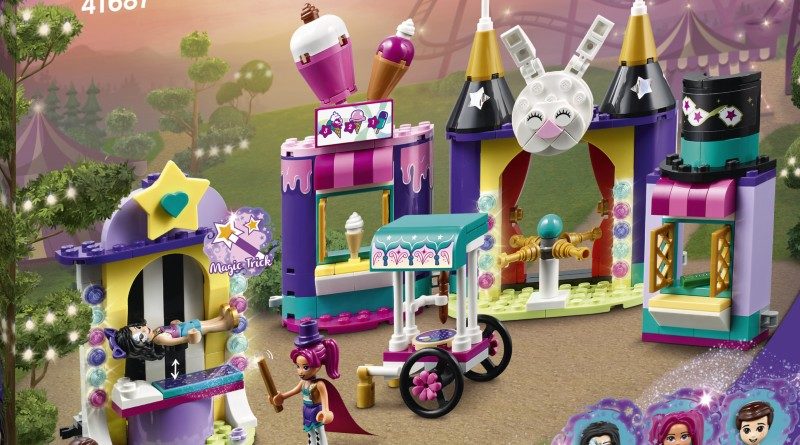 Four more LEGO Friends sets have been found on an Italian retailer, showcasing three of the theme’s magic fair sets and a supposed release date.

Later this year, LEGO Friends will be enjoying all the fun and magic of the fair in some new sets, one of which has already been revealed by a Dutch retailer. That initial model is the biggest of the wave so far and the rabbit-based rollercoaster will be supported by at least three more attractions.

Italian retailer Terminal Video Italia has revealed these sets, and one other carrying the 4+ label. The latter depicts a small café within one of Heartlake City’s many parks.

The magical fair models include several attractions, from more rides to spell-powered experiences such as a mini-doll magic trick. Another features a Ferris wheel to rival that of the upcoming Creator set.

These join the rest of the Friends Summer 2021 sets, and the Italian retailer lists two release dates for the four it revealed. The 4+ set is allegedly due to release June 1 while the three magic fair builds are listed for release on July 1. It may be that the rest of the summer wave is split between these two dates.