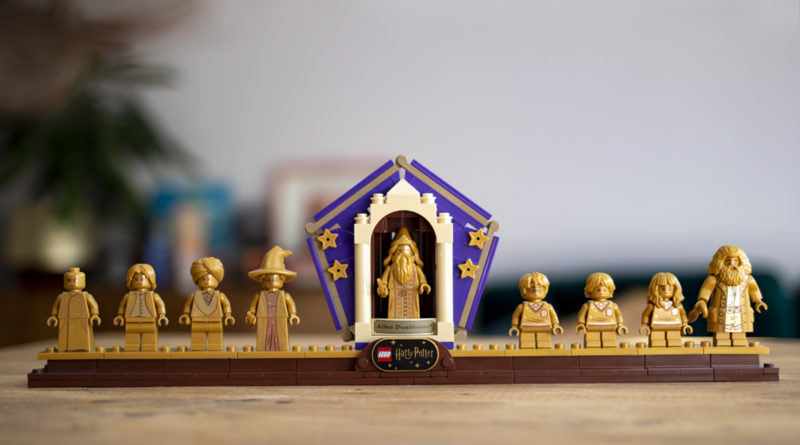 As we’ve already revealed in our detailed review, 76391 Hogwarts Icons Collectors’ Edition is an absolutely incredible set. The build feels magical at times and the display is simply spellbinding. Add to that the three exclusive 20th anniversary golden minifigures, and you’ve got a model that only a muggle would pass on.

If that wasn’t enough, also included is a brick-built display stand (shaped like a chocolate frog card) that can be configured to either display just 76391 Hogwarts Icons Collectors’ Edition’s three minifigures, or – if you’ve been lucky enough to acquire every summer 2021 LEGO Harry Potter set – all nine 20th anniversary golden characters.

Built in sections using a Technic pin connector with two cross axles to join all the elements together, the display stand looks excellent with just the three characters that come with this year’s Wizarding World direct-to-consumer exclusive – but it looks even more impressive with all nine, making for a superbly fitting way to display the 20th anniversary minifigure collection, topped off with a printed LEGO Harry Potter logo.

Graphic Designer Djordje Djordjevic reveals in the instructions for 76391 Hogwarts Icons Collectors’ Edition that ‘it is always a challenge to transform flamboyant, vividly-coloured outfits into a monochromatic palette’, but when they are presented in various shades of gold they just look absolutely stunning.

Harry, Ron and Hermione match their minifigures from the earliest films, each with small, plain legs and a school jumper printed on the torso. Hagrid has slightly more detail, mixing different golds with bronze highlights on the belt and under his shirt. Professor Quirrell and Professor Snape also have plain legs, but come with appropriate printing on their torso, and Professor Quirrell’s golden turban looks excellent.

Lord Voldemort, Professor McGonagall and Professor Dumbledore all come with the curved sloped piece that was introduced in the first Harry Potter Collectible Minifigures series, and while Voldemort’s printing looks great, McGonagall’s and Dumbledore’s looks absolutely incredible. Not only is there a tonne of detail on their torsos and dress pieces, but the different shades of gold and bronze throughout really makes them pop. It’s no wonder Dumbledore takes centre stage.

If you’re yet to complete your LEGO Harry Potter 20th anniversary golden minifigure collection, click here for a comprehensive guide to finding them all. But whether you’ve managed to acquire all nine, or are just planning to pick up 76391 Hogwarts Icons Collectors’ Edition when it launches on September 2, the display stand makes a great addition to any LEGO Harry Potter collection.

76391 Hogwarts Icons Collectors’ Edition will be available to purchase at LEGO.com and in LEGO Stores from September 2. Click here to check out our written review, or head to our YouTube channel to watch our video review. 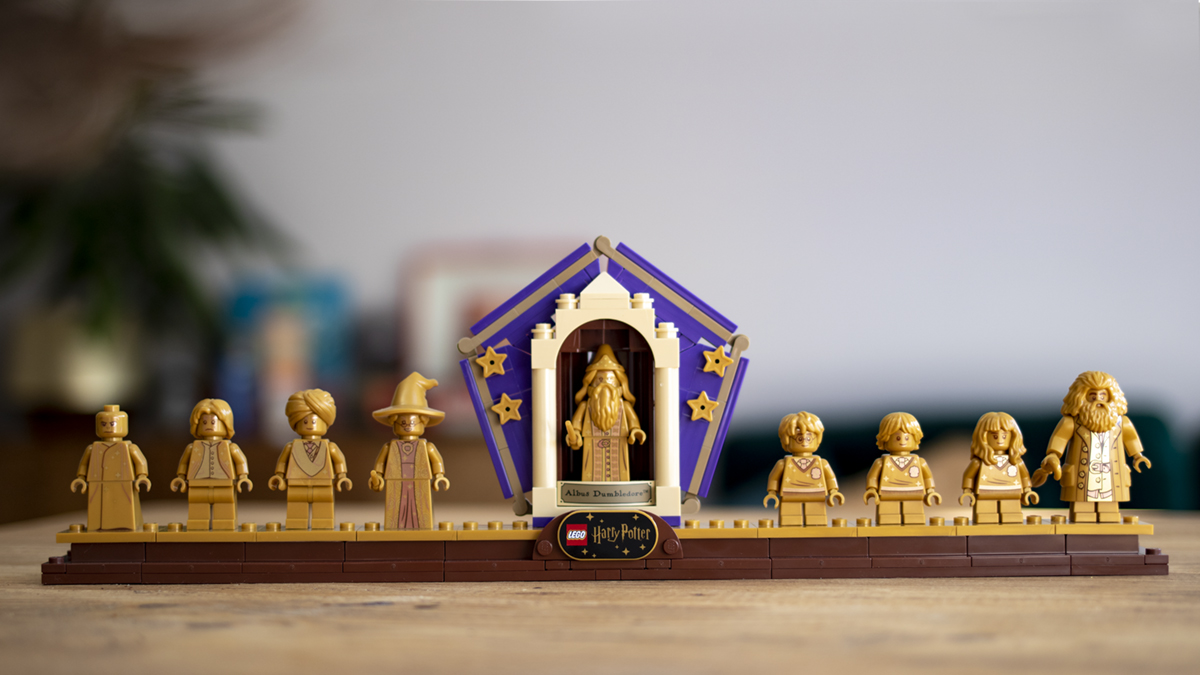