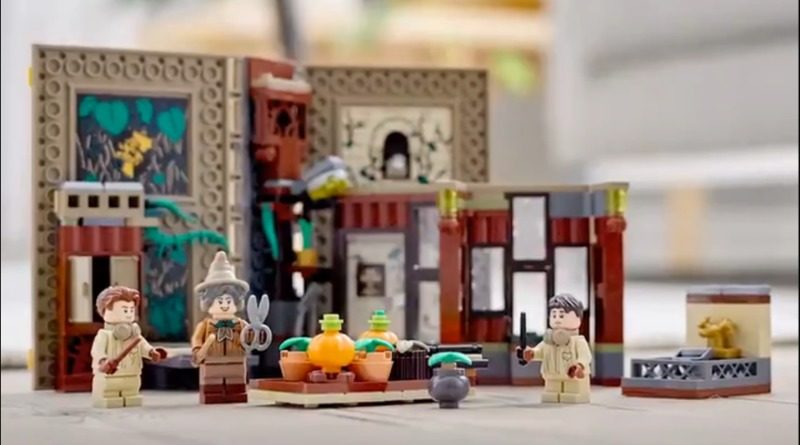 A new wave of LEGO Harry Potter sets are now available from LEGO.com.

The LEGO Harry Potter theme is moving in a curious new direction with the release of four ‘Hogwarts Moments’ sets. 76384 Hogwarts Moment: Herbology Class features a fold-out herbology lesson, contained within a brick-built textbook-style casing. The set is crammed full of magical accessories for enchanting play opportunities, which can all then be neatly folded away within the closed book.

The other three sets in the ‘Moments’ range follow a similar format, opening out to reveal transfiguration, potions and charms classroom scenes respectively. Each set comes with two Hogwarts students and a teacher. An early reviewer provided a detailed first look at the range.

These four sets represent a departure from recent releases as they are not compatible with the modular-style Hogwarts that has been developing across previous set waves. The four classrooms are compatible with each other, however. In their ‘open’ positions the books can be arranged to form a 360-degree Hogwarts playset.

The full list of LEGO Harry Potter sets launching on January 1 is shown below.

LEGO Harry Potter is not alone in receiving new releases. For a complete view of the new sets across all LEGO themes, check out our master list.