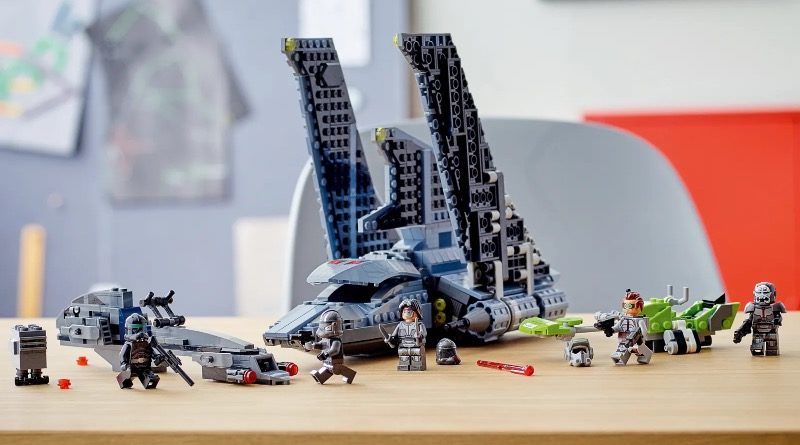 For US fans, August 1 marks the biggest shopping day in the LEGO calendar since the start of the year, as the wave of June releases finally arrive on shelves. Fortunately, there’s still plenty of new stuff to pick up for everyone else, so you shouldn’t have to try too hard to hit the £200 / $200 / €200 threshold to score a free 40487 Sailboat Adventure.

Dive into the full list of LEGO sets launching worldwide on August 1 below, along with links to all our reviews. Each of the set names will take you through to the corresponding set at LEGO.com. Please consider supporting the work that Brick Fanatics does – including bringing you these comprehensive lists – by purchasing your brand new LEGO through any one of those affiliate links. Thank you!

10220 Volkswagen T1 Camper Van’s retirement after almost a decade on shelves marked the end of an era in 2020, but the LEGO Group has already plugged that gap in its portfolio with the vehicle’s real-life successor.

After a couple of weeks on VIP early access, the set about nothing finally gets a wide release in August, which means you can now pick it up regardless of whether you’re part of the LEGO Group’s loyalty program.

Two What If…? mechs and a vignette from Avengers: Endgame headline this bonus trio of Marvel sets, which expands on the earlier summer wave that’s already available in Europe.

A pair of Halloween-inspired sets land on shelves in August, giving you plenty of time to stock up ahead of the big day.

With Star Wars movies on hold for the foreseeable future, summer 2021 marks the reign of LEGO sets inspired by Disney+ TV shows. A couple of 18+ sets still tip the LEGO Group’s collective hat to the Skywalker Saga, though.

Two huge new Technic sets are driving on to the scene – one with pneumatics, and one powered by CONTROL+. They’re leagues apart in price, but offer very different packages.