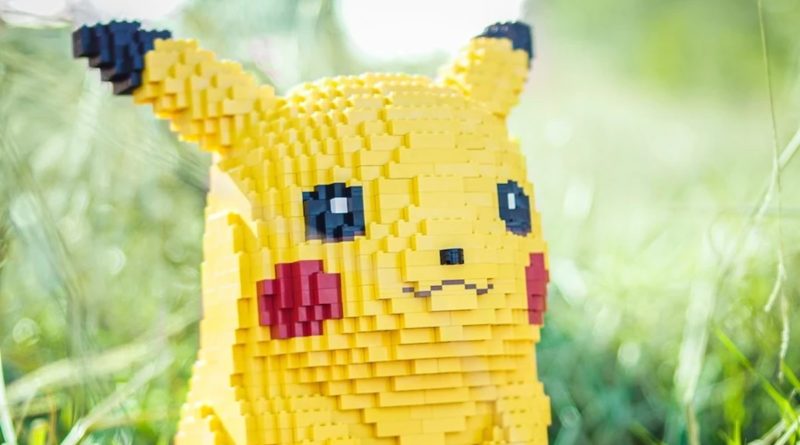 Pokémon Brilliant Diamond and Shining Pearl have just launched, and Bricker Builds is offering life-sized models for four creatures from the titles.

The LEGO Group have yet to partner with The Pokémon Company like the ongoing team up with Nintendo for LEGO Super Mario, but Bricker Builds has launched a duo of models just in time for the release of Pokémon Brilliant Diamond and Shining build that are sure to scratch that itch.

Out of the five life-sized LEGO Pokémon creations available from Bricker Builds, four can be found in the new games from the starters to classic favourites that persist throughout the franchise.

As one of three starter Pokémon to choose in Sinnoh, Piplup is a creature of the water type with a blue colour scheme and a pair of yellow feet. The Bricker Builds version recreates the Pokémon according to the size listed in the Pokédex.

As a bonus, a bow tie is included that we can imagine trainers equipping it onto Piplup for contests or possibly to adorn their Pokéballs.

Turtwig is the second starter Pokémon in Sinnoh and is the iconic grass type creature of the fourth generation. Similar to Piplup, Bricker Builds has recreated the creature at the same size as it would be if it were real with a height of 41.9cm.

Turtwig features a pair of leaves atop the head and a segmented shell upon the back and even includes the nostrils by using inverted and normal slope pieces to create a small gap between the pieces.

As a favourite from the first games in the franchise, Pikachu makes another appearance in Pokémon Brilliant Diamond and Shining Pearl, offering an excuse to add the Bricker Builds recreation to your collection alongside Piplup and Turtwig.

Currently, the model available at Bricker Builds includes an additional hat to make Pikachu match their appearance in the Detective Pikachu movie, but is an optional part of the construction.

Although you won’t find Eevee in the tall grass of Sinnoh, the Pokémon does feature in Pokémon Brilliant Diamond and Shining Pearl, but we won’t mention where to keep the game experience fresh.

Bricker Builds also has a creation covering the furry creature in a life-sized model that uses official LEGO bricks. Alternate expressions for Eevee are included such as an open mouth and one with the tongue sticking out.