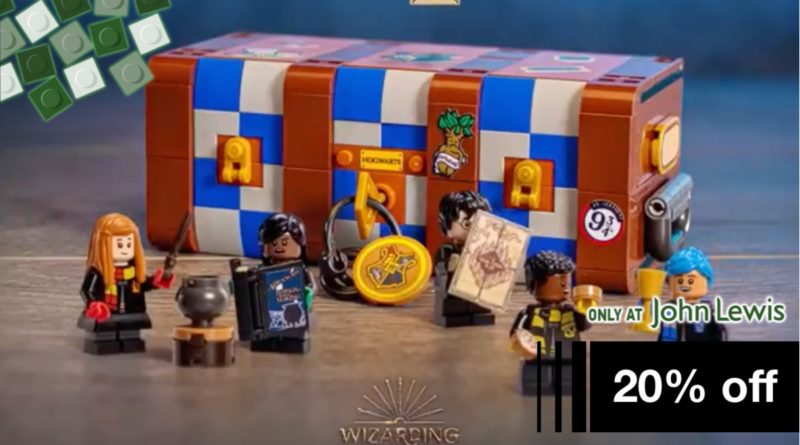 The latest John Lewis LEGO deals include a number of new-for-2022 LEGO sets with 20% off, some of which are available at their best price yet.

John Lewis is celebrating Easter by offering a 20% discount on dozens of LEGO sets, including Star Wars, Technic and Harry Potter. Some of these models only made their debut this year, while some that were released at the start of March now have their best price yet.

This includes LEGO Technic masterpiece 42130 BMW M 1000 RR, which is popular for the challenge it poses as well as the intricate details that lend it such a fantastic air of authenticity. John Lewis has slashed the price of this motorbike model from £174.99 to £135.99, a saving of £39.

75326 Boba Fett’s Throne Room has been a real success since its launch at the start of March. This set is priced at £71.99 in the John Lewis LEGO sale, which is a saving of £18 on the RRP.

For LEGO Harry Potter fans, it’s tough to look past 76399 Hogwarts Magical Trunk in this offer. Boasting incredible levels of customisation, this well-designed set has seen its price slashed by £11 to just £43.99.

Elsewhere, LEGO City is also attracting particular interest in the John Lewis Easter LEGO sale. Aim for the stars with new arrivals 60349 Lunar Space Station and 60350 Lunar Research Base, which have been reduced to £43.99 and £71.99 respectively.

There are several more sets available in this offer that were only released at the start of the year. This includes LEGO Architecture set 21057 Singapore, which is available for £43.99, the same price as 60329 School Day and 71766 Lloyd’s Legendary Dragon. Fellow LEGO Ninjago offering 71765 Ninja Ultra Combo Mech, meanwhile, has been reduced from £74.99 to £59.99.

As a number of these sets are enjoying their best price yet and stocks are limited, it’s a good idea to move early with your choices. With John Lewis offering free delivery on all orders of £50 and over, you don’t need to spend much to avoid shipping charges in this sale.

When you purchase your new LEGO sets in this sale through our affiliate links, you’ll support the work we do here at Brick Fanatics.