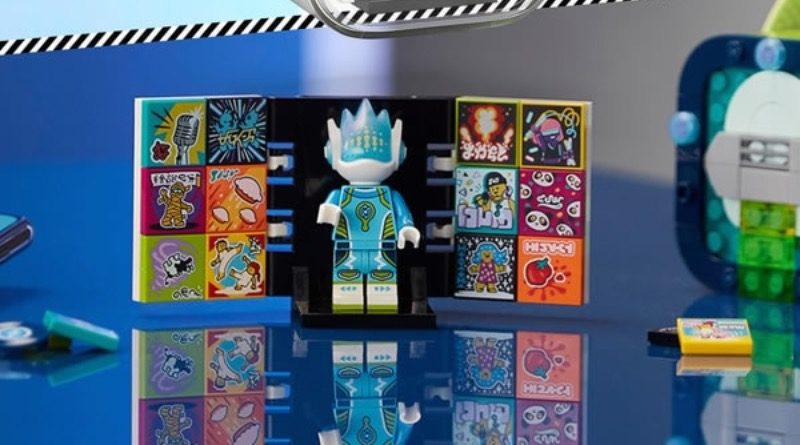 The LEGO VIDIYO app is now live on Google Play and the App Store, so here’s every song and artist currently available in the music video maker.

LEGO VIDIYO is a new augmented-reality theme from the LEGO Group and Universal Music Group that focuses first and foremost on the app, with the physical products simply a means of unlocking new content to create music videos with – including digital effects, animations, scene props and even songs.

Those physical BeatBoxes and Bandmates won’t launch until March 1, but the tie-in app is already available on both major app stores, so we’ve downloaded it for a peek at what’s to come. And as it turns out, you don’t actually need the physical minifigures and BeatBits (2×2 printed tiles) to get started – you can simply begin creating music videos with whatever you have to hand.

You do have a more limited choice of songs, however, as you can only pick from the ‘daily mix’. To unlock the app’s entire song library, which contains tracks from a range of Universal Music Group artists, you’ll need to scan at least one LEGO VIDIYO minifigure or tile. For now, it at least gives us a peek at the artists and songs in that library, so we have a better idea of what to expect when the theme launches next month.

Here’s every track currently available in the LEGO VIDIYO library:

This is presumably just a taste of what’s in store for the LEGO VIDIYO music library, with roughly 30 tracks promised at launch in March, and more still to come in the months ahead. You can probably also expect a wider range of genres – at least based on the BeatBoxes and characters revealed so far.

If you want to give the VIDIYO experience a go while you wait for the sets to go on sale, you can download the app on Android or iOS right now. And if you’d like to learn more about the LEGO Group’s new augmented-reality theme, check out our comprehensive guide to everything you need to know.