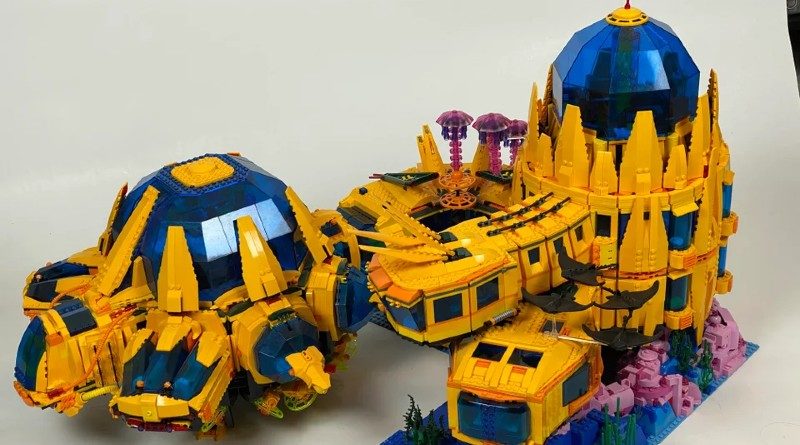 The ocean can be a scary place but thankfully one LEGO fan has built the perfect place to rest and research.

Name-then-a-number took to the LEGO subreddit to showcase their latest LEGO build, featuring an intricate and huge underwater base, complete with domes and detaching vessels.

The base sits on a coral reef upon an old LEGO baseplate. The main portion of the yellow build is static and includes a taller tower with a dome at the top. The rest of the build leads to another domed structure via some tunnels, with windows to provide a view of the ocean blue.

The other site within the base is a domed building which seems to be suspended in reality while it floats in the fictional ocean. The builder comments that this section of the build can detach as a research vessel, as well as stating that the base does in fact feature an interior, but unfortunately there are no available pictures for it.

Fans of Aquazone will surely delight in this build, which harkens back to the days of the yellow and blue undersea explorers. All this build needs is a blue background and some diver minifigures, and it could be mistaken for a modern-day Aquazone set.