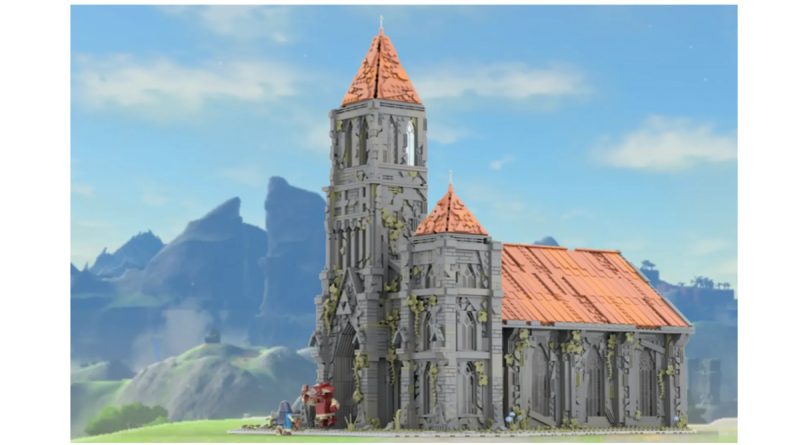 The Temple of Time, a recurring feature of Nintendo’s Legend of Zelda game series, pushes past the 10k vote mark on the LEGO Ideas platform.

The Temple of Time is a structure that has appeared in many Legend of Zelda games, including The Ocarina of Time, Skyward Sword and Twilight Princess. Most recently it was featured in The Legend of Zelda: Breath of the Wild and this is what gave fan designer LEGoverwatch the inspiration to create BOTW Temple of Time.

The Temple is shown in a state of disrepair, with one side of the building having collapsed and the interior suffering from exposure to the weather. LEGoverwatch has included three figures with the design, a minifigure of Link, plus brick built versions of King Rhoam and a Bokoblin.

This is not LEGOverwatch’s first submission to reach 10,000 votes, as they already have two designs in the first review of 2022, The Great Wave off Kanagawa and Sea Turtle. Nintendo’s Zelda series has proved popular with fan designers who have submitted dozens of models large and small based around the long running game franchise.  Four have made it to the review stage over the years, but thus far, none have been approved to go into production.

BOTW Temple of Time is the ninth design to gather sufficient support for review. You can see the complete list of successful submissions below.

Help support Brick Fanatics by purchasing your LEGO through our affiliate links. Thanks.